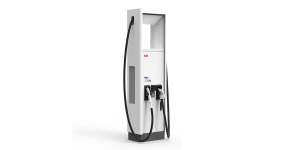 The first station is scheduled to go into operation in mid-2020. However, the partners will not reveal how many locations the network will cover. To this end, they are announcing that they will jointly develop a new generation of high-speed chargers that support an output of more than 150 kW and are compatible with the CHAdeMO standard.

The Porsche Taycan will be available in Japan in 2020, so the infrastructure there will develop parallel to the market launch. As of the beginning of March, there are already more than 20,000 potential buyers worldwide for Porsche’s first electric model. The great interest has led to Porsche already increasing its production capacity – from 20,000 to 40,000 units per year. The series version of the Taycan is to be officially presented in September, with the market launch in Europe scheduled for the end of the year. The first Taycan derivative, the Cross Turismo, will also go into series production at the beginning of the next decade. In addition, Porsche recently confirmed that the new generation of the Macan will be fully electric starting in 2022.

In the USA, too, Porsche is already in the process of creating an advantageous infrastructure with a view to the market launch of the Taycan there. In addition to a cooperation with Electrify America, which will provide future Taycan drivers with three years of free access to the VW subsidiary’s high-speed charging network, this also includes the expansion of charging stations at Porsche dealers and a range of home charging options. Just over a year ago, the German premium manufacturer announced its intention to equip all its 191 US dealers with 800-volt fast charging stations. In the meantime, there is talk of a total of more than 700 stations at dealer locations. According to Porsche’s own figures, the company will invest about 70 million dollars in this project.