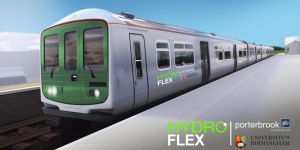 Porterbrook and the University of Birmingham’s Centre for Railway Research and Education (BCRRE) announced that the UK’s first hydrogen train, aptly named HydroFLEX, is to undergo testing on the mainline railway following a successful proof-of-concept.

The project fitted a fuel cell system to a Class 319 train, which will allow the train to run on conventional electrified routes, as well as independently. This will make the train both flexible, as it can run on any of UK rail lines, but also clean when moving on to power from hydrogen. More so, despite the retrofit, the operation did not require a modification of the drivers’ controls.

The project HydroFLEX has brought together several companies to cooperate on the prototype train, as the installation was taken over by Chrysalis Rail, while the Denchi Group provided traction batteries. The fuel cell was provided by Ballard Fuel Cell Systems, while the hydrogen storage tanks came from Luxfer. Several other companies were involved in the design, safety, panels, as well as external livery design. 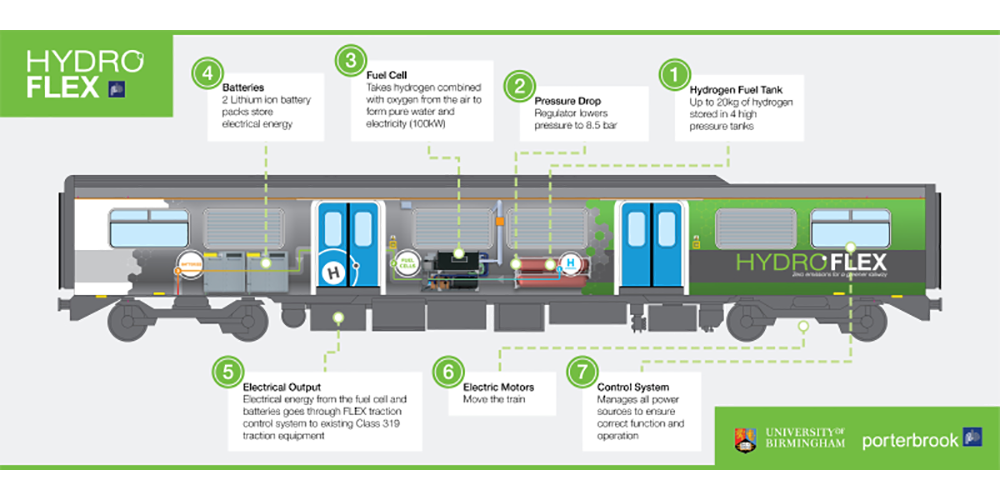 Porterbrook’s head of innovation and technical services, Helen Simpson, said: “We have been very pleased with how the train has performed on the test track and are looking forward to getting it out on the national rail network. (…) Demonstrating how mainline approvals for hydrogen can be delivered is the next step forward and allows more people to see the benefits of hydrogen.”

Indeed in other countries, this concept is moving ahead and fast. Rail vehicle maker Alstom of France recently received what it considers the world’s largest order for fuel cell trains from Germany. 27 hydrogen trains are expected to get into service there by 2022 reportedly. The purchase follows the first fuel cell train taking up service in September 2018 in Germany. The UK followed this January when Alstrom revealed a fuel cell train developed with Eversholt Rail that will take up service in Great Britain.