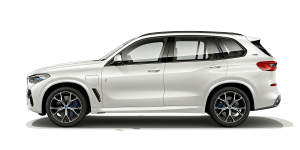 BMW plans to equip the X5 with fuel cell technology. In the early 2020’s there will be a small series of the hydrogen-powered X5 – and a short time later a fuel cell car suitable for mass production.

Until the year 2025 BMW wants to offer a car with a fuel cell suitable for mass production within the scope of its cooperation with Toyota, explained head of development Klaus Fröhlich to Forbes. Fröhlich did not give any further details about the volume model, such as which segment it will be in.

In 2015, the Munich-based company presented a prototype based on the then 5 Series GT and let some journalists take the wheel at the Miramas test site in southern France. At that time it was said that the first cars would come in 2019. With a small series “at the beginning of the 2020’s” these plans would be delayed for about two years.

The fact that the plan formulated at that time could not be kept was already hinted at in January. In an interview with the magazine “CarIT”, Jürgen Guldner, the manager responsible for fuel cell technology, said that the costs were still too high until 2025. The company sees the greatest potential for hydrogen for the time being in the area of logistics, since refuelling can take place at a central location on-site. “From our point of view, the technology initially has great future potential for trucks and buses,” said Guldner.

Currently, only BMW cooperation partners are offering production fuel cell vehicles, with Toyota’s Mirai and Hyundai with their Nexo. The Mercedes GLC F-Cell is currently only sold to selected customers under a special leasing program, the fuel cell SUV is not yet on sale.