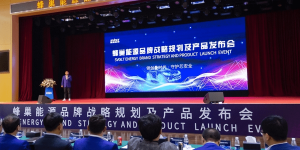 According to the company, the cobalt-free NMx cell from the up-and-coming battery manufacturer is no less powerful than an NCM-811 cell. At the same time, the material costs are to be reduced by 5 to 15 per cent and the unit costs of the cells by up to 5 per cent. SVOLT did not mention any further details such as the materials used or the structure of the cell – nor a date for the market launch.

The NCMA cells are also expected to outperform the NCM-811 cells in many areas. According to SVOLT, they have a longer service life, better heat resistance and should be safer, which should result in a higher capacity at battery level with improved durability and safety. Again, the company does not provide any other data – such as how much aluminium is added to the cathode or how much cobalt is still present.

For NCMA cathodes, aluminium is added to the usual mixture of nickel, cobalt and manganese. The nickel content can increase to up to 90 per cent, which would further reduce the proportion of controversial materials such as cobalt. An NCM-811 cathode still contains ten per cent cobalt.

However, what SVOLT officially confirmed at the Baoding event is the recently leaked plans to build a plant in Europe. Last week it was reported that the construction of the European plant, the exact location of which has not yet been determined, should start in the second half of 2020 and be completed in 2022. Now the company has announced an investment of two billion euros in the construction of the 24 GWh factory. However, an exact location has still not been mentioned.