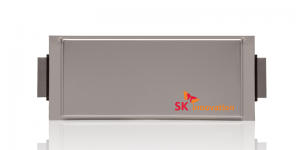 SK Innovation has borrowed $657 million from banks in the US, Europe and China to invest more in its production facilities for electric car battery cells and lithium-ion battery separators.

Among other things, the company plans to invest the money in the construction of two battery plants in the USA and Hungary, both scheduled to go into operation in 2022. In addition, the subsidiary SK IE Technology plans to build two factories for lithium-ion battery separators (LiBS) in China and Poland. This was announced by the SK Group in South Korea.

The separators are one of the core components of battery cells. In addition to SK IE Technology, the Japanese suppliers Asahi Kasei and Toray are among the world market leaders, accounting for 80 per cent of the global market for LiBS. With the two new plants, SK alone wants to achieve a 30 per cent market share by 2025.

SK Innovation is already building new battery plants for electric cars in Changzhou, China and Komarom, Hungary. Both are scheduled to go into operation in the first half of next year. The announcement does not indicate exactly where the second plant in Hungary is to be built.