Exactly 3,742 electric cars were newly registered in Norway in October. The market share of electric cars among car registrations was 35.7 per cent. The most successful model of all drive types was the Audi e-tron quattro.

Compared with September, 2,344 fewer electric cars were put on the road. This is largely attributable to the Tesla Model 3, of which only 121 units were registered in October. In September there were 2,342 new registrations. 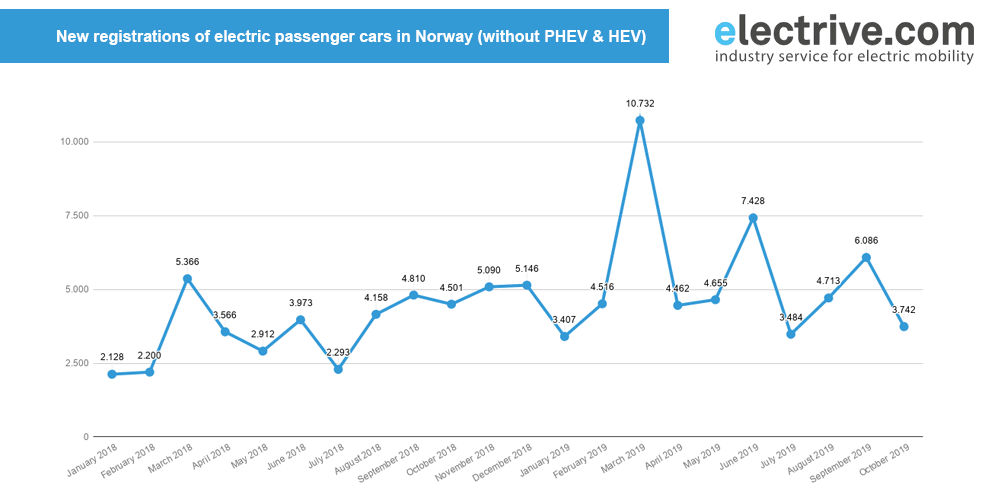 The Audi e-tron quattro was the most successful model of all drive types with 873 new registrations. Tesla, on the other hand, only registered 121 new cars in Model 3 last month. In September there were 2,342 new registrations. This is attributable to the batch deliveries by Tesla.