For the second time this year, BEV passenger cars have thus exceeded the 50 per cent mark in the share of new registrations. First in March with 58.4 per cent and now again in September when Norway again recorded growth compared to August 2019. Full-time electric vehicles had a market share of 54.5 per cent last month. Compared to the same month the previous year, the electrical segment grew by 26.5 per cent. Add to this 2,542 new cars with hybrid drive. These included 1,139 plug-in hybrids.

In numbers, a total of 49,483 new electric cars have found their way onto the roads since the beginning of the year in Europe’s e-mobility model country. By way of comparison, Germany, which is much larger, recorded only 47,903 new registrations for purely electric cars in the same period. 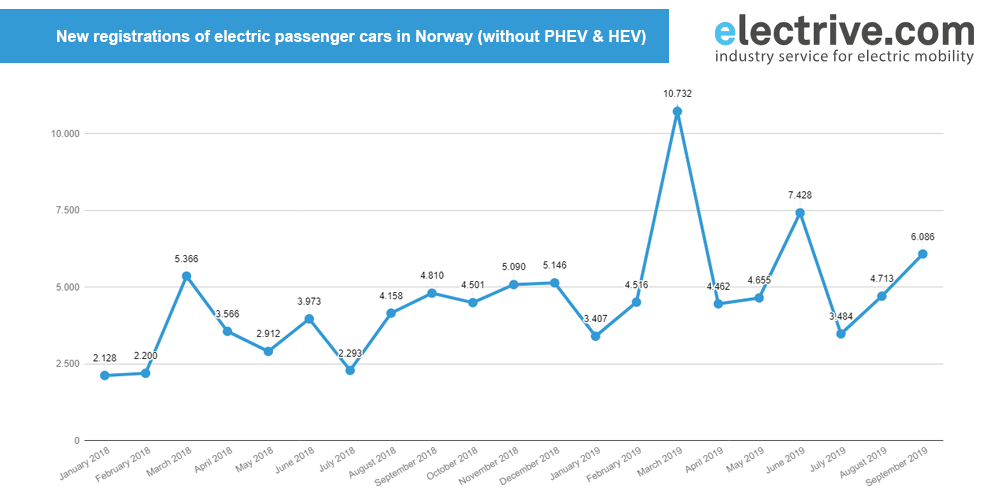 If both worlds are added together, 77.3 per cent of all newly registered passenger cars in Norway in September exhibited an electric or hybrid drive. There is no other country in the world with such a rate.