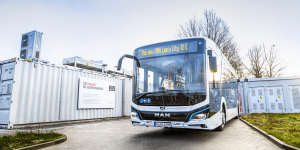 The so-called second use storage facility is being tested as part of the mobility partnership between the City of Hamburg and the Volkswagen Group. A total of 50 batteries, which were previously installed in VW Passat GTE, are now combined in one container on the bus operator’s premises. Each battery has a nominal capacity of 9.9 kWh, according to information from MAN headquarters, which is involved in the project as a Volkswagen subsidiary. This means that the container has a total capacity of exactly 495 kWh – in other words, about half a megawatt.

A battery management system is used to connect the used batteries to form a large battery. They are mounted on so-called racks – whereby the project partners emphasize that one of the goals is to design the stationary storage in such a way that individual batteries can be replaced. However, the main purpose of the project is still to test scenarios in order to optimize the power supply at the VHH depot. With the peak shaving method, the storage system can reduce up to 600 kW of peak load, and thereby lower the costs when using electricity,” says Alexander Adler, who is responsible for the Second Use Storage project at MAN Truck & Bus. The project partners also hope to gain insights into the ageing behaviour of batteries, efficient battery management and the life cycles of future battery technologies. 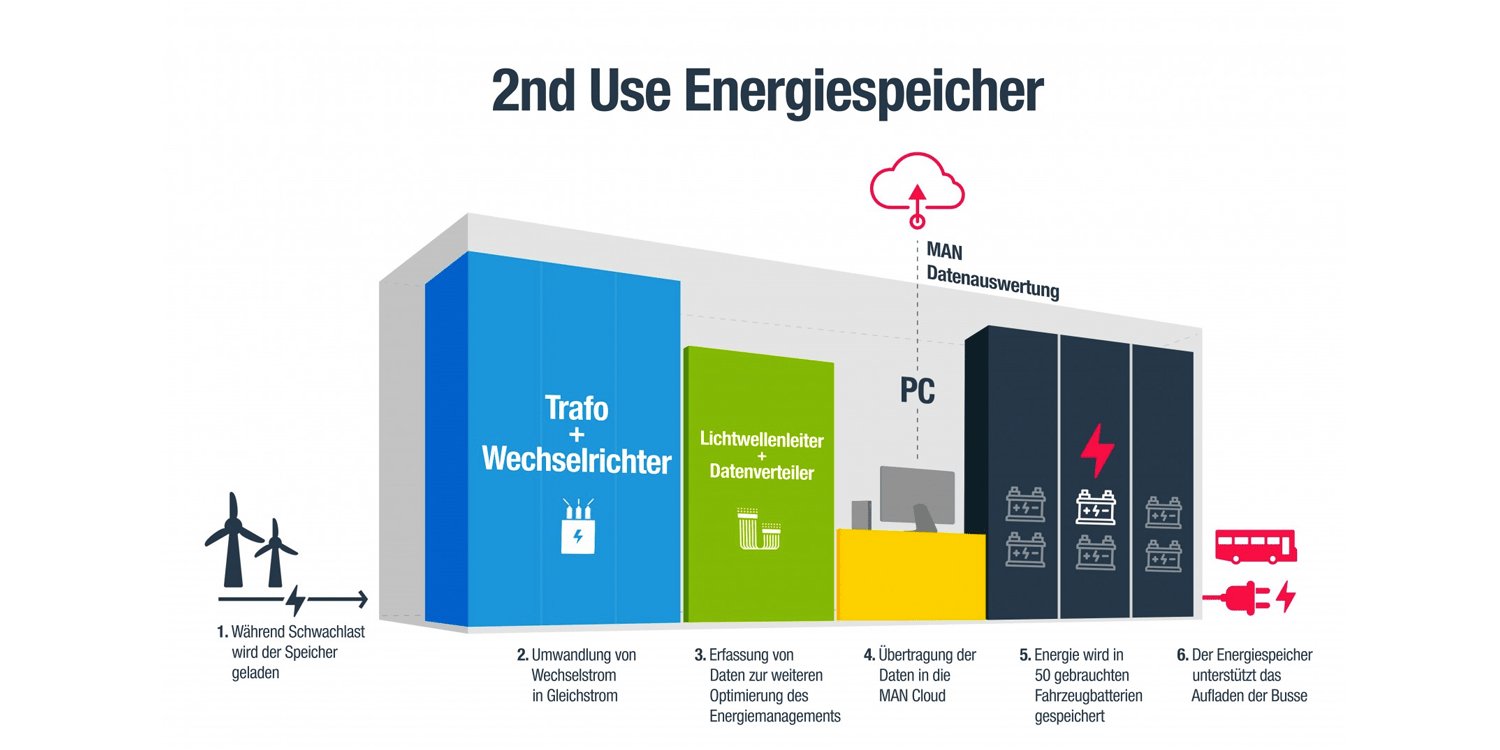 Incidentally, the fleet of the Hamburg-Holstein public transport company includes around 560 buses, all of which are to be converted to electric drive in the coming years. Against this background, VHH will test MAN’s first electrically powered city bus in everyday operation at the beginning of 2020, the MAN Lion’s City E. At the end of 2020, 17 more MAN buses will then follow for the VHH fleet.