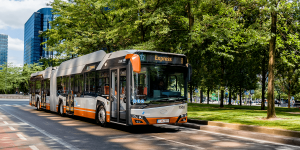 The Polish manufacturer Solaris plans to deliver more than 500 ordered battery buses this year. The proportion of electrified buses is increasing – and with it their importance for the entire company. 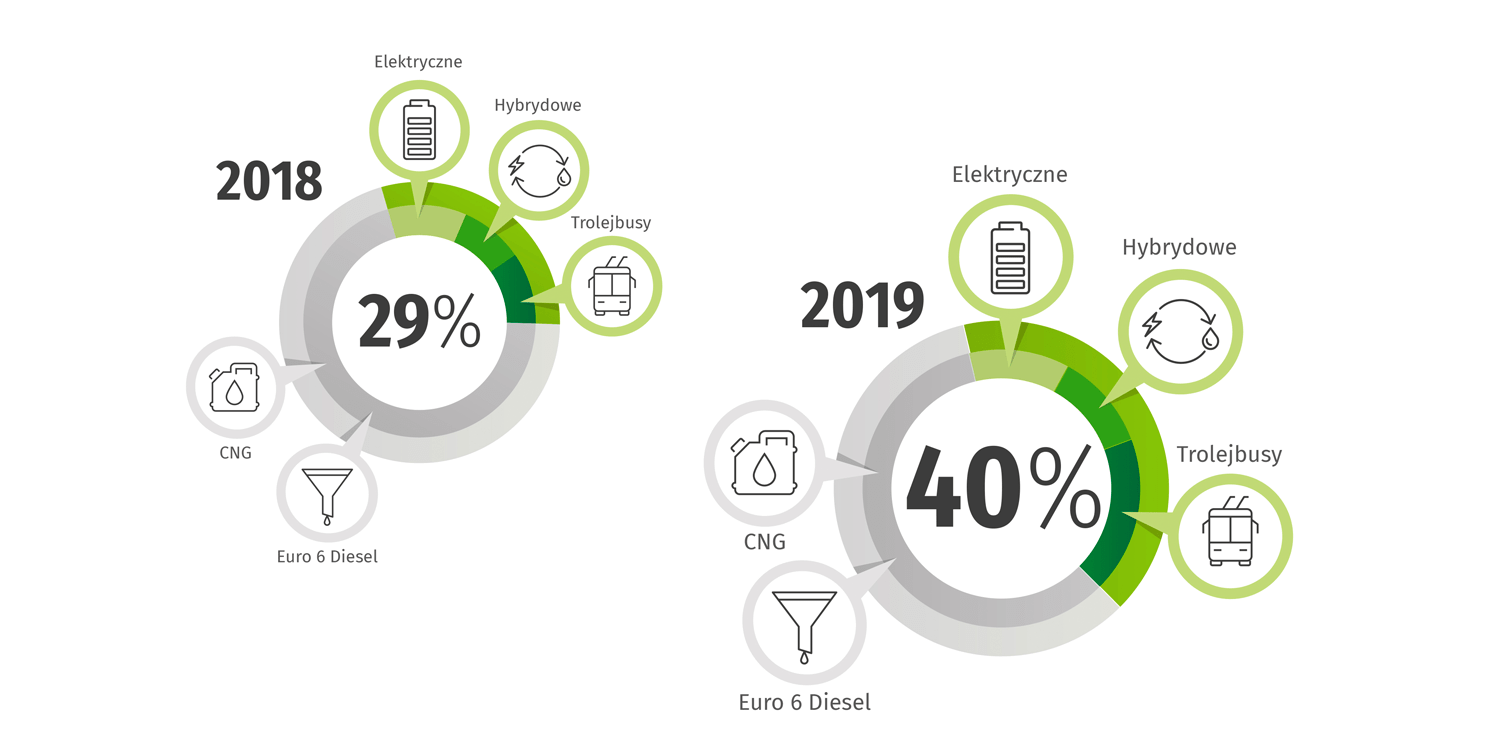 Share of alternative drives vs. conventional ones in structure of sales of Solaris in 2018 and 2019. Source: Solaris Bus & Coach S.A.

Taking into account the orders already secured, sales of at least 500 battery buses could be expected in 2020, Solaris continued. This could take the title of European market leader away from Dutch competitor VDL – in 2019, VDL had 386 electric bus registrations. 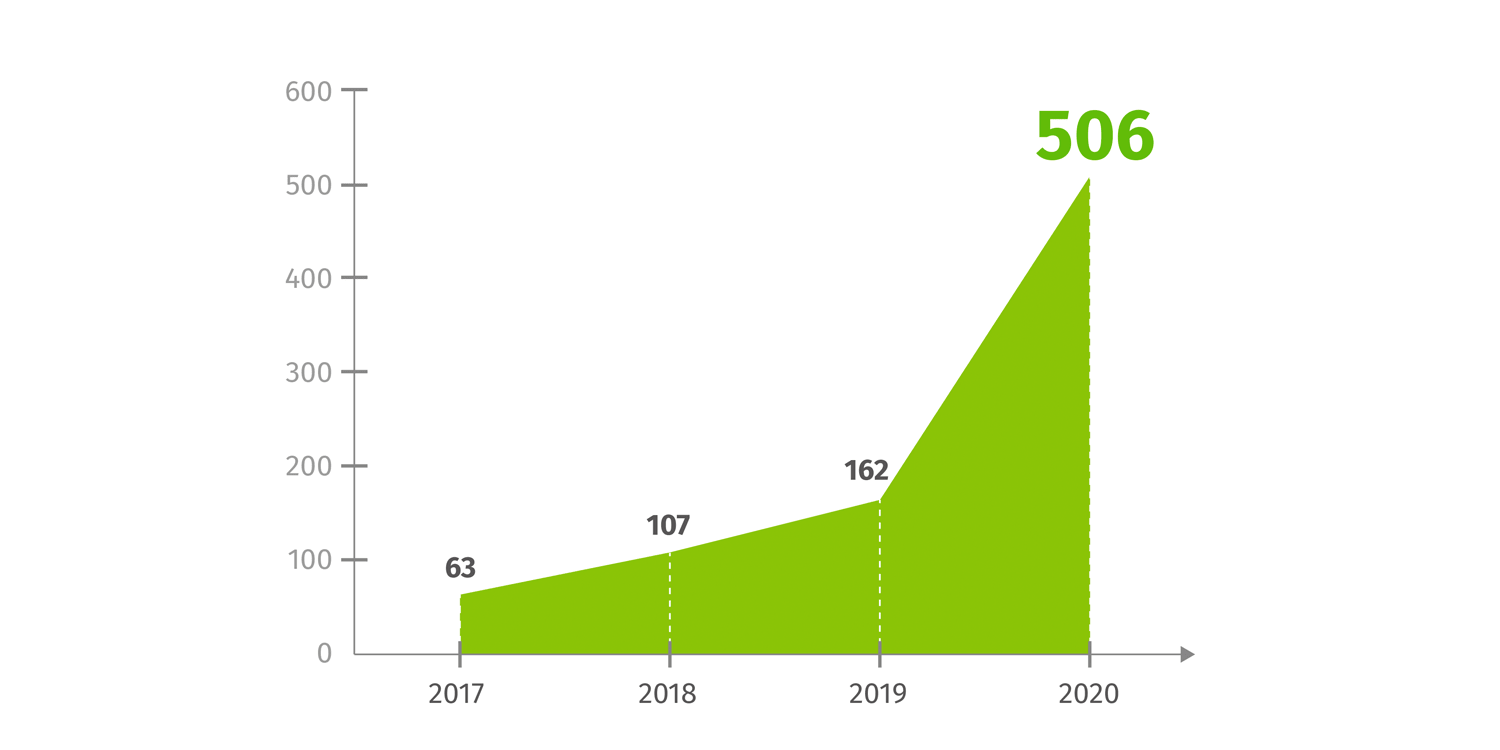 Number of electric buses made by Solaris sold until 2019 and orders for battery buses for 2020. Source: Solaris Bus & Coach S.A.

Major orders include some 130 Urbino 18 electric articulated buses for Warsaw and the framework contract for the delivery of up to 250 Urbino 12 electric buses to Milan. By way of comparison, the Poles delivered just 63 battery buses in the whole of 2017.

In order to meet the growing market demand (in 2019 alone, there were 78 per cent more orders for battery buses in Europe), Solaris is not only expanding its product portfolio but, according to its own statements, is also adjusting its sales and after-sales for the low-emission and zero-emission vehicles. New products include the Urbino 12 hydrogen with fuel cell, which will be launched in 2019, and the Trollino 24 double-articulated trolleybus. In January, the Polish company announced a 15-metre version of its Urbino series with electric drive. 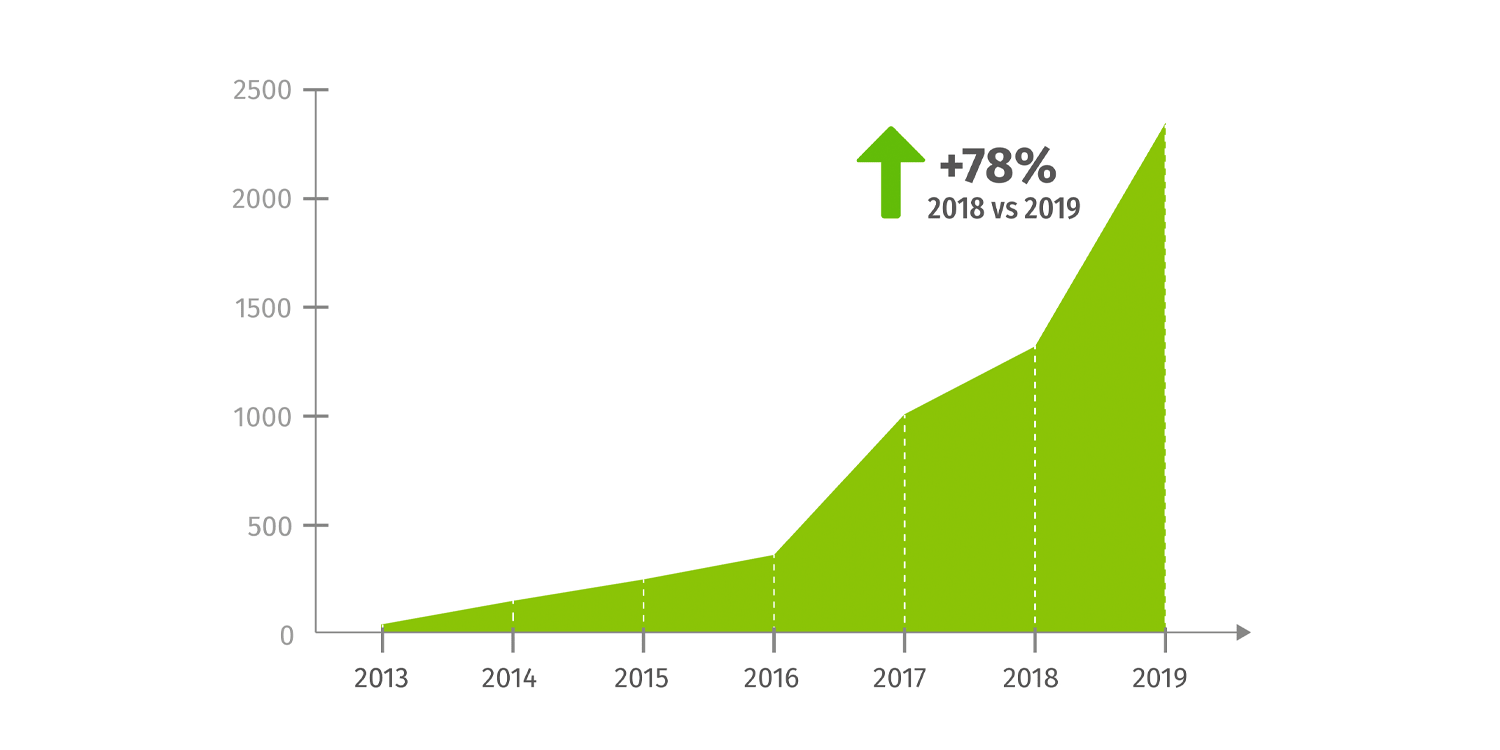