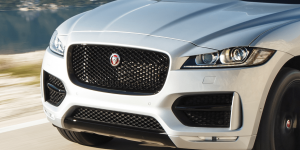 In addition to the already officially confirmed fully electric successor of Jaguar’s luxury sedan XJ, the factory will also produce the planned new crossover models Jaguar J-Pace (not a typo) and Road Rover as purely electric models. At least that is what media reports have heard from insiders.

The J-Pace is said to be a large electric SUV that will be the XJ’s counterpart – similar to the Mercedes S-Class and the GLS or BMW 7 Series and the X7. The interior of the J-Pace is to be significantly more luxurious than the largest Jaguar SUV to date, the F-Pace. Both the XJ and the J-Pace will ride on the British-Indian manufacturer’s new MLA (Modular Longitudinal Architecture) platform. JLR is currently investing around one billion pounds in the Castle Bromwich and Solihull plants to convert them for the production of MLA )electric) cars.

According to the report, a Land Rover model will complement the luxurious Jaguar double. The Road Rover (JLR had this designation protected as early as 2018) will be a large premium electric SUV. This would allow Land Rover to add an electric model to the range of the luxury Range Rover and Range Rover Sport SUVs without having to compromise on the off-road capability of the internal combustion models. In essence, the Road Rover should, therefore, focus more on the road.

The MLA platform follows a multi-energy approach: it is designed for conventional combustion engines (partly with mild hybrid), plug-in hybrids and battery electric vehicles. Thus the next generations of Range Rover and Range Rover Sport vehicles will also build on this platform, increasingly shifting towards plug-in hybrid production. Nevertheless, JLR has decided to build the battery-electric models in one location. Therefore, a possible later internal combustion or PHEV version of J-Pace will probably be built at Solihull and not together with the electric version at Castle Bromwich.

The focus on the MLA platform for the future models also means that the I-Pace will probably not have an offshoot on its purely electric platform in the foreseeable future. The British manufacturer’s first electric car is being built at Magna in Graz. According to the report, a “normal product life” is planned.