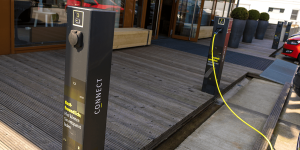 The European Commission supports the establishment of charging stations for electric vehicles in Schleswig-Holstein through the German state. At least 1,500 additional charging points are to be created in Germany’s northernmost federal state and up to six bus depots are to be equipped with charging stations.

The European Commission thus confirms that the German measure follows EU state aid rules and in particular Article 107(3c) of the Treaty on the Functioning of the European Union. These economic sectors must be of common European interest. In the present case, the Commission concluded, according to its own information, “the contribution to EU environmental and climate goals of the scheme outweighs any potential distortion of competition and trade brought about by the support.” On this basis, the Commission approved the measure under EU State aid rules.

The support complements the subsidies already introduced by the German federal government for charging infrastructure and the procurement of electric buses together with the corresponding charging equipment. At the end of last year, the state of Schleswig-Holstein itself announced that it, for its part, would accelerate the expansion of electromobility in the federal state with its own infrastructure programme called Impuls.

Please note: An earlier version of the article stated that the EU is funding the effort itself. In fact, it only approved the funding measure as has now been corrected above.

DCS to operate My Easy Charge service for FCA