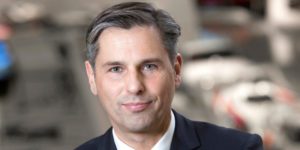 Jürgen Stackmann, a member of the Board of Management of the VW brand, has left the Volkswagen Group with immediate effect. As of 15 September, the new Board Member for Sales is now Klaus Zellmer, previously head of Porsche Cars North America.

Brand CEO Ralf Brandstätter officially thanked Stackmann for his “commitment and competence” with which the manager steered the sales department through challenging times. “At the same time, he has prepared his division for the major transformation issues facing our industry,” said Brandstätter. That doesn’t sound like any major change of pace, only the transformation itself is apparently more likely to be entrusted to another manager.

VW has kept silent about the exact reasons for the change in personnel in the press release, but according to media reports, there were certainly a couple of contentious issues surrounding Stackmann.

In July, the German publication Handelsblatt wrote that Stackmann had done too little for the distribution of the Golf 8 and Passat in view of the ID.3. According to another source, Stackmann allegedly gave too much resistance. In view of the unsolved technical problems with the Golf 8, the Head of Sales is said to have “pleaded for a postponement with reference to the list of defects”. A request that was turned down. Another contentious issue were the reproaches of racism in an advertising video that fell into his area of responsibility – apart from sales, Stackmann is also responsible for marketing and after-sales.

In the case of Stackmann’s successor, the rumours that were circulating now seem to have rung true: In the same announcement, the Group confirmed that Klaus Zellmer took over Stackmann’s responsibilities on 15 September. The business administration graduate was previously President & CEO of Porsche Cars North America in Atlanta. The 48-year-old Zellmer had worked for Porsche for a total of 23 years.

“Klaus Zellmer has more than 20 years’ experience in Sales and a deep understanding of the international automobile industry,” says Brandstätter. “Together with him, we will systematically continue to pursue the course set by ‘New Volkswagen’.” Zellmer can build on some of the changes introduced by Stackmann in the transformation of the VW sales organisation, such as the agency model for the distribution of ID. models. However, there is still room for improvement in this area as well; some pre-orderers of the ID.3 have recently expressed great dissatisfaction with the communication from VW and dealers have experienced difficulties with the delivery of their vehicles.

Evergrande earns half a billion dollars via shares