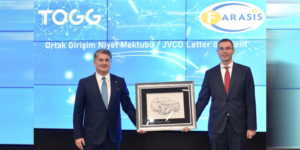 The Chinese battery manufacturer Farasis has received another supply order for its future plant in Bitterfeld-Wolfen in the German state of Saxony-Anhalt. Farasis will supply battery cells for the first Turkish electric car that Togg is currently developing.

As Sebastian Wolf, European head of Farasis, told the German Press Agency DPA, the cells will come from the planned plant in Bitterfeld and the battery modules and packs will be jointly developed and produced in Turkey. Farasis will also be supplying cells to Mercedes-Benz plants in Germany in the future.

Farasis has prevailed against more than 30 competitors from all over the world, said Togg CEO Gürcan Karakas in an announcement. The two companies have agreed to set up a joint venture for the joint development of battery modules and packs in Turkey. Details are to be clarified by the end of the year so that the joint venture can start in Turkey at the beginning of 2021. The signed Letter of Intent already contains the general principles of the strategic partnership, as well as statements on the local share of value added in Turkey.

The two companies did not disclose which capacities Togg has secured with the agreement.

Farasis’ subsidiary Farasis Energy Europe plans to manufacture battery cells at the plant in Bitterfeld-Wolfen from the end of 2022 with an initial production capacity of 6 GWh. Later it is planned to expand to 10 GWh. At the site, which will also house the Farasis European headquarters, the company plans to invest more than 600 million euros and at least 600 new jobs will be created there.

Togg was presented their first electric SUV and an electric sedan at the end of 2019. The SUV, which is planned as the first model, will be offered with two battery versions that should allow a range of 300 and 500 kilometres respectively. The exact battery capacities have not yet been revealed, but with a production capacity of 175,000 vehicles in its own plant in Bursa, this is a large order for Farasis.

The Togg CEO and former Bosch manager Karakas already indicated in August that a battery partner had been found. “We have agreed to bring a global company with expertise in battery production to Turkey,” Karakas said at the time. The first Togg model is scheduled to debut in 2022, and media reports indicate that the Turkish electric car will also be sold in Germany.