The former Nissan battery subsidiary AESC is known to have been in the hands of the Chinese Envision Group since last year and has since been operating under the name Envision AESC. The company says it has a capacity of 1.9 GWh per year in Sunderland. What remains unclear is by how many gigawatt hours Envision AESC’s capacities will increase with the planned new plant. In the wake of the Corona crisis, AESC Envision recently cut 130 jobs in Sunderland. One-third of the workforce is said to have been affected.

At the beginning of the year, it was still said that the company would prefer a location on the European mainland for the planned ‘gigafactory’. In September, several media outlets reported that AESC Envision had identified about a dozen potential sites in France. 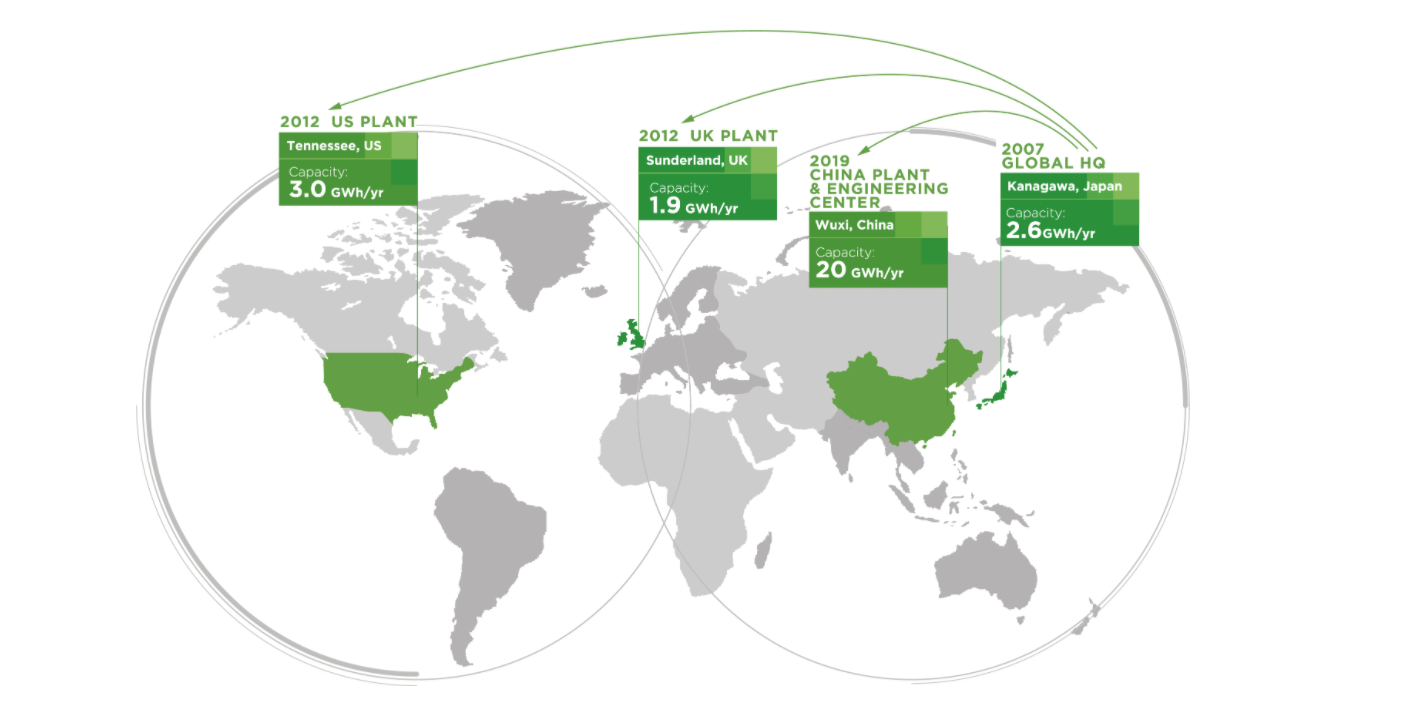 The company has existing facilities in Japan, the United States and the United Kingdom. Annual production capacity at these locations totals 7.5 GWh – 3 GWh in Tennessee, 2.6 GWh in Kanagawa, Japan, and 1.9 GWh in Sunderland, UK, according to the company. In 2019, AESC Envision began construction of a 20 GWh annual capacity plant in Wuxi, China. To what extent production is already taking place there is unclear.