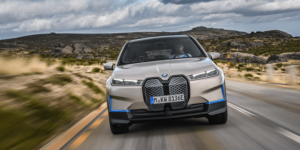 BMW is aiming to build “a quarter of a million more electric cars than originally planned” between 2021 and 2023. The automaker wants to more than double the share of electrified vehicles in its sales from around eight per cent this year to around 20 per cent in 2023.

The targets were revealed by CEO Oliver Zipse in an interview. Under Zipse’s predecessor Harald Krüger, 25 electrified BMW Group models were set as a target by 2023, with more than half of them planned to be fully electric. Sales of electrified vehicles should increase in parallel by an average of more than 30 per cent annually until 2025, it was said in mid-2019.

Zipse’s plans also included more than seven million electrified BMW Group vehicles to hit the roads by 2030, around two-thirds of which are to be fully electric. By the end of 2021, the Munich-based company plans to have five purely electrically powered models on the market, namely the i3, the Mini Cooper SE, the iX3, the iNEXT and the i4.

At the beginning of November, BMW announced that it would change its electric strategy and develop its own electric car platform after all, which is to be used at the new plant in Hungary from 2025. With this announcement, BMW is moving away from its previous philosophy of building models with all powertrains on one platform and on one production line.