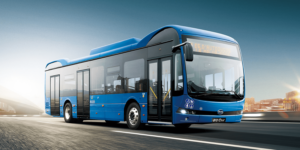 After the Turin transport operator GTT terminated a contract with the Chinese manufacturer Yutong for the delivery of 100 electric buses, BYD has now received the order. The first 50 of the electric buses have already been firmly ordered from BYD and are to be delivered to Turin in April 2021.

It is not clear from the current reports exactly when the second batch of 50 additional vehicles will be ordered. The vehicles are said to be the 12-meter solo bus version of the BYD eBus, which is being built for Europe in Hungary and elsewhere. The vehicles ordered by GTT are apparently designed for depot charging only.

BYD had already submitted a bid in GTT’s original tender at the beginning of 2020, but at that time was defeated by Chinese competitor Yutong together with its partner Ares Automotive. In October 2020, however, the Turin-based company had cancelled the award to Ares/Yutong: the review after the preliminary award had revealed, among other things, that the vehicles should have been assembled during shipment from China to Italy as a cost-cutting measure. Now GTT apparently prefers the somewhat more expensive BYD offer with production on the European mainland.