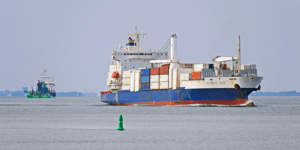 The three-year project is funded by the European Commission under the Horizon 2020 program with nearly 12 million euros and aims to reduce greenhouse gas emissions from maritime transport by up to 482,000 metric tons of CO2 equivalents per year.

The partners specifically want to work on a lithium-ion cell designed for maritime applications. In doing so, they will rely on novel manufacturing techniques to achieve significant cost reductions compared to current market prices. Current Direct also aims to develop an interchangeable energy storage system for maritime transport shipping and provide a mechanism for energy companies, institutional investors and government stakeholders “to participate in the green transformation of the European merchant and passenger fleet,” according to a press release.

The project involves Spear Power Systems, Blackstone Technology, Umicore, the University of Hasselt, Rhoé, Aviloo, Foreship, EDP CNET, Vrije Universiteit Brussel, VITO, Wärtsilä, Lloyd’s Register and Kotug. The partners have set goals of halving the cost of today’s battery-electric marine propulsion systems and driving rapid deployment of the technology. Plans also include an “Energy as a Service” platform and the development of new business models for shipyards and locally based entrepreneurs. The project results will be demonstrated in the port of Rotterdam.

In September this year, the European Parliament voted for the inclusion of CO2 emissions from maritime shipping in the EU Emissions Trading Scheme to decarbonise naval transport. The EU Parliament is currently in negotiations with the EU states on concrete legislation.

Maritime applications, and larger shipping routes in particular, are considered a hard-to-decarbonise sector owing to the long distances travelled. In November this year, for example, the Norwegian shipbuilder Havyard wants to complete the development of its announced fuel cell system for large ships next year and has now found its own company to market the system.

For ferries, both battery-electric systems and hydrogen systems are being developed. For example, in October this year, ABB Marine & Ports selected XALT Energy to supply battery systems to power two hybrid ferries for the British ferry company P&O, which are expected to operate regularly on the English Channel between Dover in the UK and Calais in France from 2023. For a larger ferry project, in December 2020, a group of companies applied to the European Union for funding to develop a large hydrogen ferry. The H2 ferry with the working title Europa Seaways is to have a fuel cell system with a capacity of up to 23 MW on board.

India to have the world’s largest electric ferry fleet

ABB to supply Azipod drive to Oceano for a super-yacht