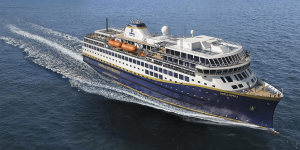 The Norwegian Havyard Group is working with partners on a fuel cell system for large ships. The company is now entering the approval phase with Linde Engineering as tank supplier and PowerCell Sweden as fuel cell supplier.

The aim is to create an emission-free system based on fuel cells that meets the requirements of the IMO (International Maritime Organisation) for maritime safety. The plan is to connect several 200 kW modules in parallel, resulting in a total output of 3.2 megawatts.

“With this contract, PowerCell will be part of developing the design and the technical specifications for what will be the most powerful maritime fuel cell system in history”, said Per Wassén, CEO of PowerCell. “This will be a milestone for us as well as for the global efforts to reduce the emissions from commercial ships and the experience we gain from this project will benefit us greatly also within other segments, such as stationary power generation,” he explained.

The solution could be tested in practical operation by the shipping company Havila Kystruten – on the route between Bergen and Kirkenes in northern Norway. The partners also want to offer the fuel cell system for retrofitting, which will take some time since there are not yet regulatory guidelines for such systems – “which we expect to be very challenging,” says Kristian Osnes, project manager for the Havyard Group. One of the greatest challenges is the safe storage of liquefied hydrogen (“kyrogenic hydrogen”) on board. 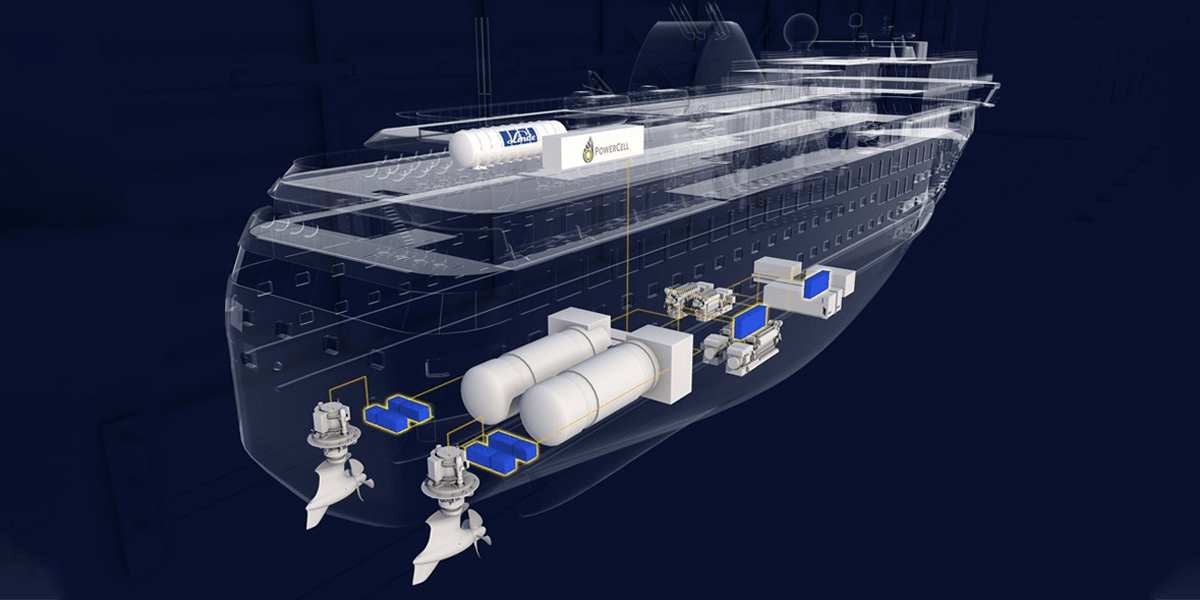 The Havyard Group already has significant experience with the construction of electric ferries. An entire fleet was built for the Norwegian ferry operator Fjord1. Kristian Osnes adds that fuel cells have similarities with the battery technology that they are already working with on other ferry projects. Therefore, the project will produce a high-quality maritime solution that goes one step further than before: “from battery to hydrogen”.

“Fuel cells provide an optimal solution for this type of maritime applications and is perfect for use in combination with battery solutions”, Per Wassén said. “These vessels have the space available for storage of hydrogen and can easily be refuelled during one of their many stops.”

The development of the FC system is promoted in the course of the state PilotE programme, which among other things promotes “emission-free maritime transport 2.0”.

Along the Norwegian fjords, ship traffic is quite intense, which has caused a significant increase in local emissions. Apparently, at times, this has exceeded the emission levels of major cities like London and Barcelona. Currently, several Norwegian fjords are recognised as UNESCO world heritage sites, but the fjords are in danger of losing this status due to the high emission levels. As a result, Norway has imposed strict limits and goals to emissions on the water. From 2026, for example, only ships with electric drives will be allowed to enter the famous fjords.

with additional reporting by Carrie Hampel