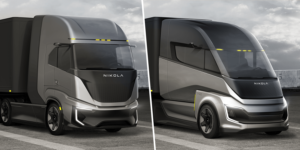 Nikola has now announced the details of its fuel cell truck plans in North America. Following the launch of North American production of the battery-electric Tre, Nikola plans to introduce two FCEV trucks.

The trucks will be an FCEV variant of the Nikola Tre Cabover for ranges up to 500 miles (approx 805 km) and the Nikola Two FCEV Sleeper for ranges up to 900 miles (approx 1,450 km). This would make the electric truck line-up as follows: For urban and regional transport, the Nikola Tre Cabover with batteries would be used for trips of up to 300 miles (482 kilometres). For regional transport, the FCEV variant of the Tre is intended with a range of 500 miles (up to 804 kilometres). The Nikola Two FCEV Sleeper with a sleeper cab and a range of 900 miles (1,450 kilometres) is intended to serve the long haul.

The Tre FCEV is scheduled to go into series production in mid-2023, the Two FCEV probably in the third quarter of 2024. According to a schedule published by Nikola, validation tests with the fuel cells in prototypes of the Tre FCEV are planned for this year. Road tests are to begin in 2022, with the first test vehicles to be deployed with customers by the end of 2022. The Two FCEV is to be tested as a prototype from the third quarter of 2022, and tests with pre-production vehicles at customers are planned one year later. Series production is then to start again one year later.

“To expedite the transition to a carbon-free future, the trucking industry needs heavy-duty, zero-emission commercial vehicles engineered to match the weight and range capabilities of today’s diesel trucks,” said Jason Roycht, Global Head of FCEV at Nikola. “Nikola is excited to introduce additional detail about our portfolio of FCEV trucks and our continued commitment to sustainable commercial transportation.” 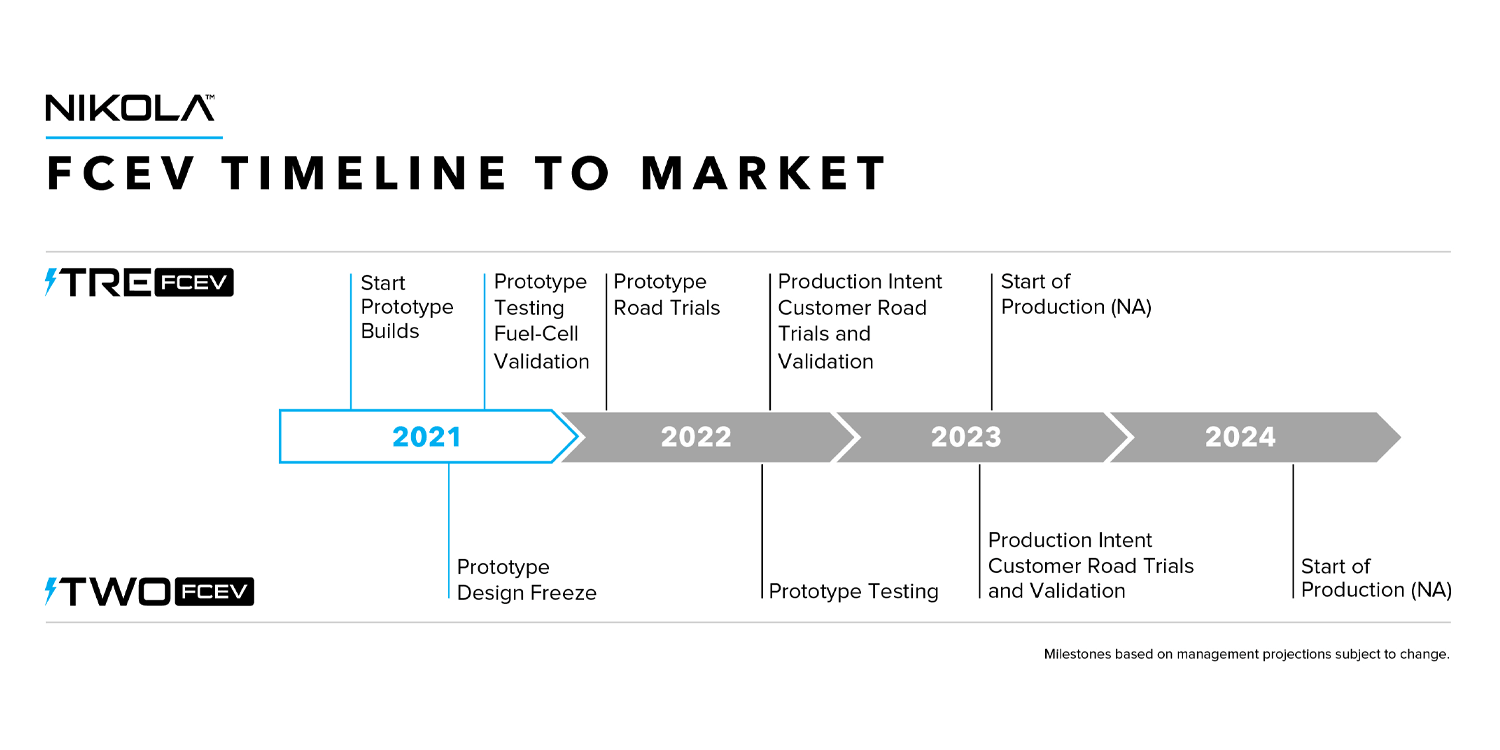 Apart from the targeted ranges, however, the company has not revealed any further details on the vehicles, only saying that the plan is for the Tre and Two to be able to share fuel cell modules and also use a scalable hydrogen storage system. “Both systems are currently in development and testing with industry leaders in collaboration with Nikola Engineering,” the statement says. More data is unlikely to be available until the planned test of these systems in 2022.

Nikola has long been considered a serious player in the market for greener commercial vehicles. Shortly after its successful IPO last year, a short-seller attack hit the company hard. Nikola founder and CEO Trevor Milton had to leave the company as a result. A planned cooperation with General Motors, including financial participation for the production of the Badger electric pickup truck, also failed and was later converted into a pure supplier relationship for certain components.