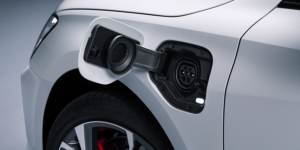 New EU rules may help phase out plug-in hybrid vehicles sooner than some carmakers were speculating. Drafts for ‘Green Finance’ regulations to come into force this year, would ban manufacturers from labelling PHEVs as “sustainable investments” beyond 2025.

Drafts as seen by Reuters define a framework that depends on CO2 savings when deeming an investment sustainable. The aim is to avoid “greenwashing,” i.e. companies presenting as more environmentally friendly than they actually are, the news agency reports. Planned rules on emissions of pollutants like nitrogen oxides could further increase the cost of producing these cars, adds Reuters.

For the car industry, this could mean the end of PHEVs as “transition” technology as it would only be able to count cars as green which do not emit any CO2. For the EU, the new rules aim to accelerate said transit to fully electric vehicles and meet climate goals. At the same time, it is a move away from previous policies that had counted PHEVs along with BEVs.

The Union and some member states have since moved away from supporting plug-in hybrid technology. Here, Reuters highlights the Netherlands that already excluded PHEVs from tax breaks in 2016 and has since seen an eight-fold increase in BEV sales over PHEVs, showing how government policy on vehicle technology can have a major effect on consumer behaviour. In Norway too, electric cars regularly outsell plug-in hybrid models as was the case in March. The agency also quotes a 2020 report by Fraunhofer and the ICCT, which found PHEV to be up to four times more pollutant than type-approved.

Of course, some carmakers are already rallying against the new EU plans currently being drafted in Brussels. Bentley CEO Adrian Hallmark, a company that has yet to bring a single electric car, told Reuters it was “crazy to do this by 2025 because effectively you kill demand today.” The Volkswagen company plans to sell PHEVs until 2030 in the Beyond100 strategy.

At the same time, an analysis of car production plans in Europe through to 2028 compiled for Reuters by AutoForecast Solutions (AFS) showed only 28 PHEV models versus 86 BEV models. The agency considers this “a turnaround for an industry where PHEV models on the market have outnumbered BEV models every year since 2015, often significantly.”

Carmakers have indeed tried to delay their transition with German FEV estimating for Reuters that fitting a battery, motor and electronics to a combustion engine car to make a PHEV costs up to 4,000 euros ($4,700) per vehicle – and much less than designing an entirely electric car. BMW is an example of a strategy heavy on PHEVs (and ICEs), despite their early attempts at electric cars. Yet even Oliver Zipse made a strategic turn last November with BMW now developing a dedicated electric car platform to utilise in the new plant in Hungary after 2025. The company also intends to start building a fully electric model in the city of Regensburg from 2022.

Will the new regulations be enough to get Europe closer to the climate goals? A European Commission official declined to comment on the green finance rules specifically but told Reuters its policies were “technology-neutral”, adding that PHEVs were “a transition technology towards zero-emission mobility”. To reach an overall climate neutrality target in 2050, nearly all cars on the roads must be zero emissions by that time, the Commission added.

8 Kommentare zu “Is this the end of plug-in hybrid sales in the EU?”