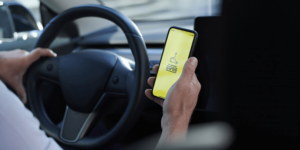 The charging infrastructure service provider Virta has secured 30 million euros in capital in a new financing round. The Finnish company was able to secure new investors, and all previously existing backers, including E.ON, also joined in the financing round.

The investment round was led by Jolt Capital (not to be confused with Jolt Energy) and two co-investors, Tesi (Finnish Industry Investment) and Vertex Growth. In addition, all Virta shareholders, including E.ON, participated in the round. Although E.ON had only invested in Virta in December 2018, it had used the Finnish software platform before.

New to the group of investors is Vertex Growth. According to the announcement, Vertex and Virta want to build a network of partners for the operation of EV charging stations in Asia. For Virta, this is not the first investor with a focus on Asia: JXTG Nippon Oil & Energy joined the financing round a year ago. JXTG wants to set up charging stations at the company’s own “ENEOS” petrol stations.

Currently, the Virta platform is used by almost a thousand B2B customers in more than 30 countries, according to the company. A point that apparently also convinced new investor Vertex. “Virta has built a differentiated digital transaction platform and is well-placed to address the needs of businesses as they establish and grow their EV charging network and user base,” said Tam Hock Chuan, CEO of Vertex Growth. Virta is his company’s first investment in Europe, he adds.

Other investors highlight that the Virta platform is already V2G-enabled, enabling new business models. “Virta’s unique solution for EV charging and vehicle-to-grid load balancing positions it at the heart of digitalization and electrification of mobility,” says Heli Kerminen, Tesis Director of Sustainable Investments.

Wallbox plans a production site in the US