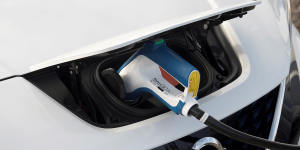 The end of the CHAdeMO fast-charging standard is on the horizon in France. While a 2017-decree made CHAdeMO mandatory for DC-charging stations alongside CCS and Type 2 by the end of 2024, the government has now revised its plans.

The decree, published in its revised form earlier this month, ends the requirement to implement the Japanese standard. From now on, only CCS for DC charging and Type 2 for AC charging (22 kW) is considered mandatory for newly installed and replaced fast-charging stations in France.

Operators remain free to deploy CHAdeMO if they wish, of course. At the same time, most manufacturers selling electric cars in Europe have implemented CCS and are mostly moving away from CHAdeMO. However, the latter was dominant in the first-gen EV in France, such as the Nissan Leaf, which remains among the best-selling models worldwide. More than 20,000 Leaf have been sold in France since 2015, and the car continues to rely on CHAdeMO. The Peugeot iOn, Citroën C-Zero, and Mitsubishi i-Miev also came equipped with the Asian standard. Nissan will, however, begin offering CCS in Europe in newer models, namely the incoming Ariya.

The previous requirement to offer all fast-charging standards had led to CCS-networks such as Ionity having to install additional 50kW charging stations offering CHAdeMo at the sites in France.

The French decree further stresses the requirement of interoperability and introduces obligations in terms of quality of service. CPOs and networks must make their commitments public, for example, “report periodically” on the quality levels achieved. Another decree is in the pipeline to further specify these different provisions.

The decree also specifies that maintenance operations must be carried out by professionals holding an IRVE qualification. This also includes checking the terminals at least once a year.

Beyond making CHAdeMO obsolete, the new decree follows requirements relating to the alternative fuels directive (AFID). The latter will come under revision at the EU level very soon, so the decree appears a little late. Moreover, organisations like ChargeUp Europe are lobbying politicians in Brussels to install dedicated legislation for charging infrastructure requirements in Europe.