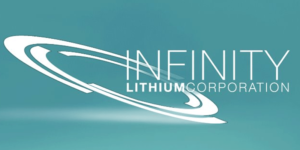 A freshly signed letter of intent between the Australian mining company Infinity Lithium and LG Energy Solution provides for the commodities group to supply the South Korean battery manufacturer with battery-grade lithium hydroxide from its Spanish project in San Jose for at least five years.

The agreement concluded between the two companies is still non-binding, but is to lead to a firm purchase contract within twelve months. In terms of content, both sides are aiming for a contractually fixed supply agreement for five years – including the option of an extension for a further five years. The annual supply volume for the first period is to be at least 10,000 tonnes of lithium hydroxide.

Commenting on the signed MOU, Infinity CEO and Managing Director Ryan Parkin said: “We are pleased to announce the start of a long-term relationship with Tier 1 partner LG Energy Solution and welcome the potential to support a leading global lithium-ion battery manufacturer in securing key parts of the supply chain.”

Infinity expects the San Jose project to contribute to the development of a vertically integrated battery value chain in the European Union. However, according to the Nasdaq portal, approval for the project was revoked by Spanish authorities in May. So a prerequisite for any agreement – such as the one with LG – is that Infinity gets the permit back. The company is said to strongly doubt the validity of the current permit withdrawal.

Infinity Lithium owns 75% of the San José project, a lithium deposit in southwestern Spain. The site is not to be confused with the US-based city of the same name, San José, where solid-state battery specialist QuantumScape is planning to build a pilot plant called QS-0. In the EU’s strategy, San José is one of four key projects to be able to cover 80 per cent of the lithium demand in Europe itself by 2025.