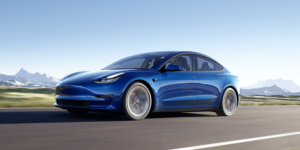 Tesla set a new production and delivery record in the second quarter of 2021. 201,250 Teslas were delivered to customers between April and June, 206,421 vehicles were built – again including the first Model S refresh.

The Model 3 and Model Y were solely responsible for the previous delivery record in Q1 2021 with 184,800 vehicles. No vehicles of the Model S and Model X, whose revised versions Tesla presented at the end of January, were produced between January and March.

In the current second quarter report, Tesla again lists 2,340 Model S/Xs built and 1,890 Model Xs delivered – Tesla traditionally does not break down the individual models here, but combines the two large model series and the two smaller Model 3s and Model Ys. Since the revised Model X has not yet been delivered, the figures mentioned are probably all attributable to the Model S. Tesla delivered the first units on 11 June, so the 1,890 units were delivered within 20 days.

But even the Model 3/Y on its own would have been enough for new records in production and delivery: 204,081 units were built, 199,360 were handed over to customers. There are no further classifications this time, as was the case recently with the Q1 figures on the production start-up of the refresh models or the growing importance of the Model Y. 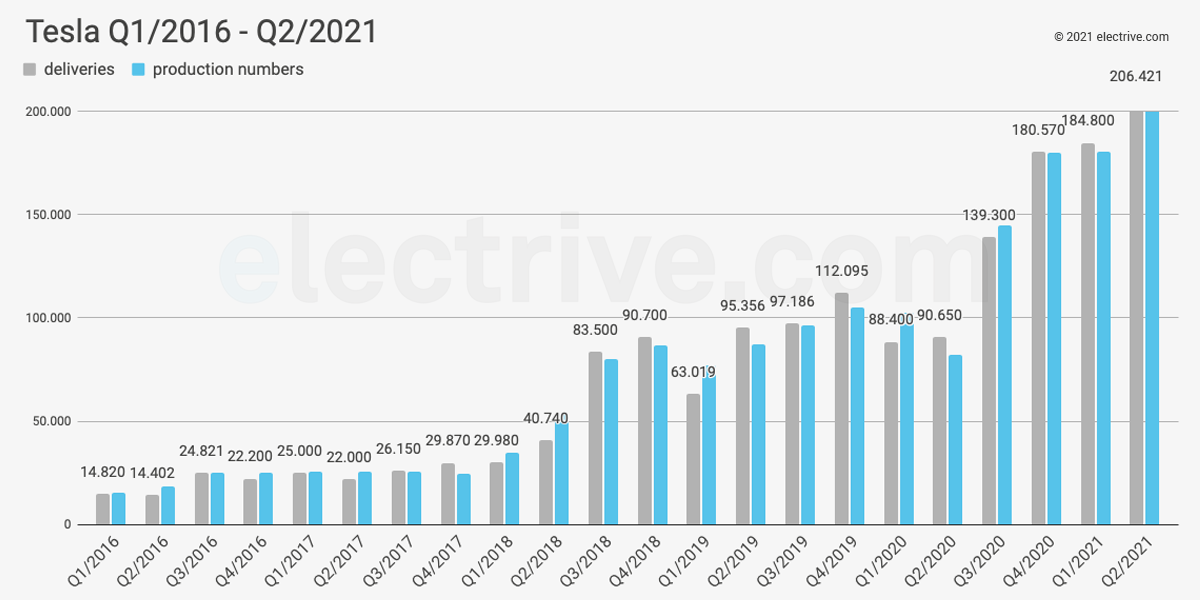 The investor release on the production and delivery figures is traditionally short, containing only one statement for the second quarter besides the figures themselves: “Our teams did an outstanding job navigating through global supply chain and logistics challenges.” Tesla is apparently alluding to the global chip shortage that is currently having a major impact on the car industry. As Tesla does not comment further on the figures beyond this one statement, it is difficult to gauge how big an impact the chip crisis has actually had on the manufacturer – or how many cars Tesla would have been able to build in the second quarter without ” the global supply chain challenges”.

Tesla will publish its financial figures for the second quarter at a later date. In Q1, the Californian company had achieved the seventh quarterly profit in a row.