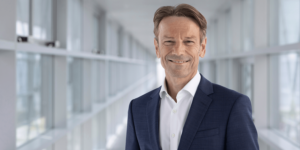 The top personnel appointment follows just days after the news that Opel is to become an all-electric brand in Europe by 2028. This was announced last week at the ‘Stellantis EV Day‘ by the current Opel boss Michael Lohscheller in a video clip. According to this, every Opel model is to be electrified as early as 2024 and the Manta-e is to be launched on the market by “the middle of the decade”. Additionally, Opel also wants to enter the Chinese market exclusively with electric models.

Fittingly, Opel writes on the change of boss that Hochgeschurtz is taking over at a time “when the unique German brand of Stellantis is expanding its commercial activities, including in China, and entering the electrification era”. Hochgeschurtz will additionally join Stellantis’ top executive team and report directly to Stellantis CEO Carlos Tavares. A native of Cologne, Germany, Hochgeschurtz started his career in the automotive industry in 1990 at Ford before moving to Volkswagen in 2001 and Renault in 2004.

Carlos Tavares also commented on the change of chief executive: “I would like to warmly thank Michael for having established strong sustainable foundations for Opel together with the employees. This impressive turnaround paves the way for the forthcoming worldwide commercial development of the brand. I am convinced that Uwe will successfully drive this new chapter of the Opel brand, thanks to his more than 30 years of automotive commercial experience. I wish Michael all the best for his next career step.”

Lohscheller had succeeded Karl-Thomas Neumann in 2017, who stepped down in June of the same year. At the time, Lohscheller moved up from his position as chief financial officer to head of the company. Under him, Opel decided, among other things, on the electrification of the long-running Corsa. In the course of the restructuring plan ‘PACE’, which was presented in November 2017, it was decided that Opel would also introduce an electric version in each of its European passenger car series by 2024.