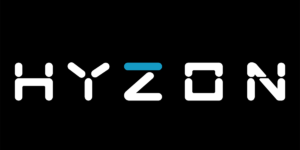 Hydrogen fuel cell truck developer Hyzon Motors has signed a Memorandum of Understanding with Superior Pak, an Australian manufacturer of waste handling equipment, to develop and supply up to 20 refuse collection vehicles in 2022. The news comes on the day of Hyzon going public.

Hyzon’s Australian subsidiary Hyzon Motors Australia is handling the envisioned partnership. The deal not only includes the supply but will also see Hyzon building on Superior Pak’s expertise in developing refuse collection vehicles. Here, the companies state the aim to “deliver a zero-emissions, high-performance side lift garbage truck,” capable of undertaking the 1500-2000 compactor lifts required during an 8-10 hour shift.

As a timeline, Hyzon is to deliver the first five fuel cell vehicles by Q2 2022. Three of these hydrogen garbage trucks will operate on demonstration loan arrangements in the Brisbane, Sydney and Melbourne areas for at least one month.

Superior Pak also expects orders for the optional 15 vehicles and expects demand from local governments and waste collection operators across Australia. The company emphasises it had already delivered over 3,000 compaction units for more than 50 municipalities in Australia and New Zealand and expects to grow the distribution from these existing relationships.

“Over 530 Australian municipalities manage waste collection for their residents, many of which have committed to net-zero emissions across their operations,” said Hyzon CEO Craig Knight. “Despite these commitments, few viable zero-emissions options exist.”

In fact, Hyzon and Superior Pak claim to be the first clean RCV available in Australia to undertake full operational curb-side collection duties.

There’s more news from Hyzon Motors. As of today, the company is listed on the Nasdaq Marketplace as ‘HYZN’ and ‘HYZNW’. The company is headquartered in Rochester, New York, with US operations also in Chicago and Detroit. International offices include the Netherlands, Singapore, Australia and China.

The partnership with Superior Pak comes shortly after Hyzon announcing the development of a liquid hydrogen-powered heavy-duty commercial vehicle with a range of up to 1,000 miles together with Chart Industries in the US.