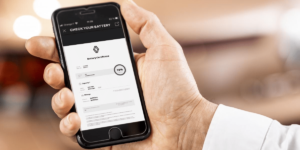 Renault’s mobility brand Mobilize has unveiled new offerings for Europe, including a battery certificate for greater transparency in the resale of electric vehicles, a charging passport and a smart charging app to reduce domestic electricity costs.

Renault made Mobilize become more concrete this June when stating it was to develop data, mobility and energy-related services. Now, the brand presents the first solutions.

These include a battery certificate intended to provide transparency in the trade with used electric vehicles. It gives Renault and Dacia electric cars a digital certificate containing information about the remaining battery capacity. This facilitates the residual value calculation, thus making for an easier resale and gives buyers more certainty, Mobilize informs.

The Mobilize Battery Certificate is available for various Renault electric models through the MY Renault app and the EASY CONNECT for Fleet telematics service. It will also be issued to Dacia Spring customers in future. Regarding the analysis, Mobilize only comments that the data for the certificate is read directly from the vehicles’ battery management system, resulting in a percentage.

Mobilize has also announced a charging pass called Mobilize Charge Pass, initially in Germany and Spain. Eventually, it will enable drivers to charge using one app at more than 260,000 charging points in 25 European countries. As with similar applications and charge cards, the Mobilize app includes information about the nearest compatible charging station, the rates and the route to the selected pillars. The charging pass also allows payment.

Third, Mobilize is launching an application called Mobilize Smart Charge, which allows owners of Renault electric vehicles to “optimize home charging costs and reduce CO2 emissions by intelligently scheduling the charging process.” The offering will initially launch in France and the Netherlands. According to the provider, the application considers peak loads and prices and initiates charging processes accordingly.

Furthermore, Mobilize is pushing the Advanced Battery Storage project to increase the current largest stationary energy storage system made of electric vehicle batteries to a capacity of 70 MWh in the long term. In addition to its current sites in Douai in northern France and Elverlingsen in Germany, Mobilize is installing a 15 MWh capacity storage facility at the Renault plant in Flins. 480 new Zoe batteries will be gradually replaced by used electricity storage units, giving them a second life when they are no longer suitable for use in electric cars.

Finally, Mobilize also announces news about its cooperation with betteries AMPS GmbH. The mobility brand had already announced the Franco-German partnership when it unveiled its business activities in June. The duo aims to produce mobile, modular and versatile energy storage systems based on retired e-car batteries. The multipurpose energy system developed by the partners consists of one to four 2.3 kWh units called betterPacks, which can thus reach a maximum capacity of 9.2 kWh.

“Since the system is emission-free and silent, it is suitable as a portable power generator for many applications where connection to the power grid is not possible: construction sites, food trucks, solar energy storage, film shoots and events, or even on small electric boats,” Mobilize said in June. Production of this storage system is scheduled to begin before the end of the year at Renault’s Flins plant.