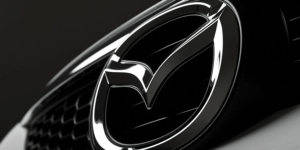 Mazda is expanding its model range in Europe and worldwide from 2022: With the CX-60 and CX-80, the Japanese manufacturer plans to introduce two new crossover models in Europe in the next two years, which will also be available as plug-in hybrids. The MX-30 electric SUV will also receive a new drive variant.

In parallel to the European CX-60 and CX-80 models, Mazda says it is introducing the new CX-70 and CX-90 models in the US and some other non-European markets, which are based on the same platform, have a wider vehicle width and will also get PHEV options. The platform is a new “Large” architecture that features longitudinally-mounted internal combustion engines, according to the statement.

The new PHEV powertrain is said to be an in-line four-cylinder combined with an electric motor. Mazda does not yet provide more detailed information on the plug-in hybrid, such as the exact drive layout, performance data, battery size or charging system. All-new inline sixes with 48-volt hybridisation are also to be offered in both models – both as petrol and diesel.

Mazda has not yet revealed the exact size of the two crossovers. However, the CX-60 is expected to be a five-seater with two rows of seats, while the CX-80 will become a seven-seater with a third row of seats – something similar is likely to apply to the CX-70 and CX-90. In the US and North America, Mazda also plans to launch another CX-50 based on the familiar “small” platform – like the MX-30.

The MX-30 is the appropriate keyword: the Wankel engine as a range extender, which was declared dead in the media this summer, is coming after all. Specifically, this variant will be announced for Europe and the USA in the first half of 2022. Mazda had developed the MX-30 from the outset with the option of a small petrol generator, but did not bring this option to market. As recently as the summer, a Mazda spokesman was quoted as saying that the market launch for this variant was uncertain. Possibly this applies to the Japanese home market, which is not mentioned in the current announcement.

Mazda, by the way, does not officially speak of a range extender, but calls the system a “new type of plug-in hybrid”. The wheels will still always be electrically driven, on long distances the rotary engine will drive a generator for on-board power supply. However, there is no new data on range, consumption and price yet. How the MX-30 performs in everyday life without a petrol generator on board can be read in our test.