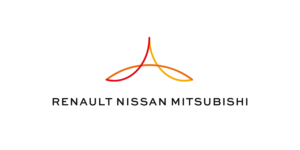 Renault, Nissan and Mitsubishi are apparently planning to tighten their electric course. The alliance of manufacturers is expected to announce a plan next Thursday to invest more than 20 billion euros in electric vehicle development over the next five years.

By 2030, the alliance plans to develop a total of more than 30 new BEVs built on five common platforms, Reuters reported, citing two sources familiar with the matter. According to the insiders, the 20 billion euros will be invested in addition to the ten billion euros previously agreed, tripling the amount originally planned.

Renault and Mitsubishi did not respond to a Reuters query seeking comment. A Nissan spokesperson declined to “comment on speculation” to the news agency.

According to the report, in order to counter the pressure of new competitors on established carmakers and the expected shift in demand towards electric vehicles, the French-Japanese manufacturers’ alliance is seeking to deepen cooperation. According to one of the sources, the “Alliance by 2030” plan aims to show “enhanced cooperation” between the carmakers and highlight a “shared vision on electrification and connected mobility”.

The three companies had only reorganised their cooperation in the course of 2020; after the ousting of former boss Carlos Ghosn, cooperation was scaled back somewhat and replaced by regional responsibilities and focal points in development for the individual manufacturers. It is not yet known whether this principle will be retained in the eMobility cooperation.

The five electric platforms already include the CMF-EV, on which both the Renault Megane E-Tech and the Nissan Ariya are based. Four of the platforms are already in development or production, with the fifth to be developed by Renault for compact electric vehicles by the middle of the decade. This is the CMFB-EV, on which the Renault 5, for example, will be based. According to the report, Nissan will use the platform for a Micra EV, which is to be priced at the level of a comparable combustion car.

Part of the money is to be invested in joint battery production. By 2030, the alliance wants to build up to 220 GWh of battery production capacity in France, the UK, China and Japan. This may already include the well-known projects in Douai and Sunderland. Through standardisation and the sharing of plants, the manufacturing costs for the batteries are apparently to be halved – this should also contribute to cost parity.

Last year, Renault and Nissan in particular presented their EV strategies independently of each other. Renault wants to invest heavily in the value chain for electric cars and – at least with the Renault brand – go all-electric in Europe by 2030. There are still exceptions for Dacia and markets outside Europe, but with 30 BEV models by 2030, the range should cover all important segments. Nissan, for its part, had announced in November that it intended to bring 15 battery-electric cars to market by 2030 – in the second half of the decade also with specially developed solid-state batteries.