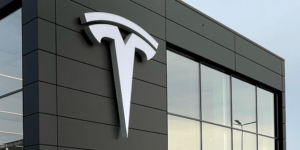 Tesla has signed another offtake agreement for lithium. Australia-based Liontown Resources says it has signed a five-year agreement with Tesla to supply lithium-spodumene concentrate from its Kathleen Valley project in Western Australia.

Liontown said the supply is expected to begin in 2024. According to the agreement, 100,000 tons of the concentrate will be delivered in the first year and 150,000 tons in the following years. This would mean a total of 700,000 tons of spodumene concentrate.

There are no details on the financial volume of the agreement, as the exact value of the order has not yet been determined. According to Liontown, the purchase price is based on a formula that includes the reference market price for lithium hydroxide.

However, not all details of the agreement have been finalized yet. According to the Liontown announcement, both parties have given themselves until May 30, 2022, otherwise the signed agreement will lapse – unless both sides can agree on an extension of the negotiations.

Tesla had reportedly signed another lithium hydroxide supply framework agreement with Ganfeng in November 2021, but exact supply volumes were not specified at the time. In September 2020, Tesla had also entered into an agreement with Piedmont Lithium for spodumene concentrate mined in North Carolina. In the summer of 2021, however, it became known that the start of deliveries planned for the summer of 2022 would be delayed indefinitely. Tesla has also secured access to other battery materials such as nickel via further agreements.