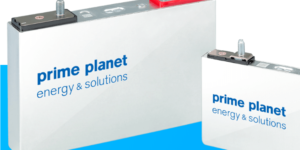 According to a report on the Chinese web edition of Nikkei, PPES has started building its third plant in the north-eastern Chinese city of Dalian. This is to produce batteries for about 400,000 hybrid cars per year. However, the magazine does not name a source for this.

Toyota had concretised its electric plans in December 2021, promising 30 BEV models worldwide for the Toyota and Lexus brands in the passenger car and commercial vehicle segments by 2030. Studies of a total of 15 electric cars from various brands were also shown at the time, and more information on these has been gradually released since then.

“We wish to be able to supply most of the batteries Toyota demands to achieve the EV sales target,” says Hiroaki Koda, president and CEO of PPES. However, he left open when the joint venture will start producing more cells for the upcoming BEV models.

PPES specialises in prismatic cells. The aim is to reduce the cost of the cells by 65 to 70 per cent by 2025.