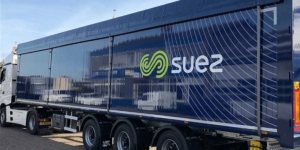 The mining group Eramet and the environmental services group Suez have presented plans to build a recycling factory for electric car batteries in France by 2024. Later, the material extracted there will also be processed on-site.

Eramet already produces large quantities of nickel and manganese, but primarily for the steel sector – for example from mines in Indonesia and Argentina. Given the demand, however, the focus is increasingly shifting to the electric car sector and there also to recycling.

The plant planned jointly with Suez will concentrate in the first stage on the mechanical shredding of the spent batteries. In this process, various metals and plastics are sorted out in several steps until the so-called ‘black mass’ remains at the end. This consists of the cathode materials nickel, cobalt, manganese, lithium and graphite.

The ‘black mass’ is then separated into its individual components in a hydrometallurgical process so that the materials can be reused. Such a refinery plant will be examined in the next step, according to the statement: From 2025 or 2026, the two partners themselves could recover battery-grade products from the black mass. It is not clear from the communication by when this decision is to be made and which factors will influence the decision.

Nor is there any concrete information yet on the exact location or locations. In both cases, there is only talk of them being built in France. Whether both plants will be built in the immediate vicinity or at different locations is still open.

What is clear, however, is that Eramet is currently building a “pre-industrial demonstrator” at its research and innovation centre to “pave the way for the commercial phase” – where the processes are to be refined and made more efficient. In addition, Eramet wants to respond to the requirements of future customers.

The background to the plans, however, is probably the forthcoming EU battery regulation. Eramet emphasises in the press release that the recycling “meets the requirements of the upcoming European regulations”.

Eramet and Suez are building on a long-standing partnership: Research into recycling processes has already been underway since 2019 – together with BASF – in a project called ReLieVe (“Recycling of Lithium-Ion Batteries for Electric Vehicles”).