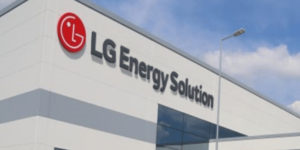 A South Korean consortium led by LG has signed an agreement with Indonesian state-owned companies for a project worth around nine billion US dollars. The project aims to build a complete value chain for electric vehicle batteries.

The project will cover the extraction of raw materials, the production of key components such as cathodes to the manufacture of the final product for use in electric vehicles. The framework agreement, which is still non-binding, was signed between the Korean consortium comprising LG Energy Solution (LGES), LG Chem, LX International and Posco, and Indonesian mining company PT Aneka Tambang, better known as Antam, and Indonesia Battery Corporation (IBC) in Jakarta.

“With this project, we expect to be able to enhance our battery business capabilities and profitability by stably securing raw materials at competitive prices,” LGES said, according to KoreaTimes.

While the framework agreement itself seems confirmed, the companies are holding back on the investment amount. According to Koreajoongangdaily, LG Energy Solution would not confirm the exact amount of the equivalent of 8.3 billion euros, it adds.

A similar partnership in Indonesia had already been concluded recently by the Chinese battery cell manufacturer CATL. In the course of this, CATL wants to invest the equivalent of almost 5.5 billion euros in the country. The project focuses on nickel mining and processing, battery materials, battery production and battery recycling.

In September last year, Hyundai Motor Group and LG Energy Solution laid the foundation stone for their battery cell factory in Indonesia, which was announced at the end of July. The plant in Karawang near the capital Jakarta is scheduled to start production in the first half of 2024 with an annual capacity of 10 GWh.