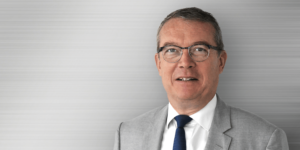 Jean-Michel Billig will become Chief Technology Officer for the development of hydrogen fuel cell vehicles at the Stellantis Group. In addition, Opel CEO Uwe Hochgeschurtz will be given new responsibility for all aspects of hydrogen.

First to the Billig personnel matter: the former managing director of the Naval Group will take up this post at Stellantis on June 27, 2022. As fuel cell CTO, Billig will report both to Chief Engineering Officer Harald Wester and technically to Ned Curic, Stellantis’ Chief Technology Officer.

Jean-Michel Billig originally has a background in the aerospace industry, initially developing helicopters until he rose to become CTO of Eurocopter. In 2012, he joined Renault as Executive Vice President Engineering before moving back into the supplier industry to Zodiac. In 2017, he became executive vice president at Naval Group.

Stellantis has so far offered fuel cell versions of its Opel Vivaro-e, Citroën ë-Jumpy and Peugeot e-Expert vans. In his role as Opel CEO, Hochgeschurtz has repeatedly rejected fuel cells in private cars. Stellantis also emphasizes in the announcement that the combination of fuel cell and battery, as used in the aforementioned vans, is “particularly suited to the needs of light commercial vehicle customers.”