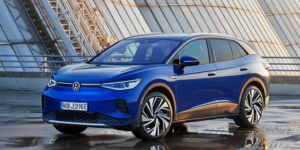 The big difference from May 2021 is in plug-in hybrids: A year ago, 3,221 PHEVs were newly registered; in May 2022, there were only 1,375. Of course, these figures have to be seen against the background of the overall market and the current supply bottlenecks.

Across all drive types, 11,537 new passenger cars were registered in Norway in May, which is 2,526 vehicles or 18 per cent less. Consequently, the E share in May is 73.2 per cent (instead of 60 per cent in May 2021). Plug-in hybrids still account for 11.9 instead of 22 per cent. While total registrations have fallen by 15.6 per cent this year, zero-emission cars have increased by 21.7 per cent.

The segment of plug-in hybrids and non-rechargeable hybrids (as full hybrids are referred to in Norwegian statistics) continued to shrink in the Mau, but at -58.3 per cent (PHEV) and -26.4 per cent (HEV), the declines were smaller than in the current year. There, PHEV registrations fell by 72.7 per cent and HEV registrations by 41.2 per cent. The overall shrinking market (probably primarily due to supply bottlenecks) therefore continues to shift towards BEVs.

In the model ranking, as mentioned above, the VW ID.4 was in the lead in May. In the statistics of the Norwegian authority OFV, the electric SUV is listed with 915 registrations. The portal EU-EVs comes to 880 new registrations. In both cases, this means a large lead over second and third place, where the OFV lists the BMW iX (487) and the Polestar 2 (474). In “EU EVs”, both models are placed the other way round: There the Polestar 2 is in 2nd place with 465 units, the BMW iX in 3rd place with 458 vehicles.

Behind the podium follow the Volvo XC40, the Hyundai Ioniq 5, the Ford Mustang Mach-E, the BMW i4, Skoda Enyaq, BYD Tang and MG Marvel R. In the case of the Volvo XC40, it must be noted that the closely related C40 is listed as a separate model. The C40 had around 150 new registrations, the XC40 394 (EU EVs) and 458 (OFV). The large discrepancy can be explained by the fact that “EU-EVs” only counts BEV registrations, but there are also hybrids and plug-in hybrids of the XC40. These variants are no longer sold by Volvo in Norway, but orders already placed are still being delivered.

Among the brands, VW is just ahead of BMW in May – with 1,311 to 1,244 new registrations. In the current year, Tesla is still in the lead with 5,380 registrations, VW has 4,705 vehicles, BMW 4,178. It remains to be seen whether Tesla will be able to make the usual final spurt in this quarter – after the lockdown in Shanghai that lasted several weeks, there are reportedly significantly fewer ships currently on their way to Europe than in previous quarters.

GM announces that Buick is to go fully electric by 2030

Volkswagen opens pre-booking for the ID. Buzz in the UK