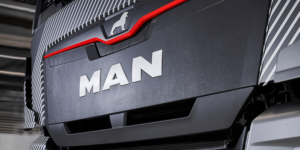 MAN Truck & Bus says it will begin mass-producing high-voltage batteries for electric trucks and buses at its Nuremberg site from 2025. The company is ready to invest €100 million over the next five years at a place once famous for combustion engine production.

The new battery factory, however, runs on targets to produce over 100,000 battery systems per year. Initially, MAN staff will manually manufacture the batteries in Nuremberg in small series production for about two and a half years. Construction of large-scale production is to start in mid-2023 and take until the end of 2024.

MAN Truck & called the decision “future-oriented” and the batteries to “form the heart of electric commercial vehicle drives” rolling of the lines in 2025.

The company that is part of Traton has some experience with small series vehicles being out on the road since 2019, as are electric buses. The batteries to be made in Nuremberg comprise battery cells grouped into modules explains MAN. Depending on the range, a heavy electric truck needs up to six of those battery packs, resulting in a range of 600 to 800 kilometres for a MAN truck, says the company. They expect ranges over 1,100 kilometres through next-gen battery technology from around 2026.

The battery production will also secure 350 jobs, and the decision MAN says it made the decision “in close cooperation” with the employee representatives and with the active support of local politicians.

Bavaria’s State Government has promised 30 million euros in funding between 2023 and 2027 to conduct research in battery assembly, cell chemistry and development, battery safety, and battery recycling.

Alexander Vlaskamp, Chairman of the Executive Board, said MAN’s investment would enable “a commercial vehicle e-cluster ‘made in Bavaria'”. It comprises e-truck production at MAN in Munich, battery production in Nuremberg, R&D and “excellent cooperation with the respective colleges, universities and institutes,” he said.

MAN reportedly reformed its main plant in Munich into the eMobility Centre and has launched 20 prototypes of the upcoming heavy-duty electric truck from there.

For the new battery plant, Markus Wansch, Chairman of the Works Council, added it was “good news that together we have succeeded in establishing battery series production in Nuremberg.” The location’s future would also “rest on the pillar of electromobility,” he said.

This cooperative transformation is also underway in Munich, where over 1,700 employees have completed the high-voltage sensitisation training. By the end of 2023, MAN aims to have qualified all relevant skilled workers in truck production for the series production of electric trucks.

As reported, a pre-series model made a heavy impact at Formula E in Berlin and had MAN present megawatt charging with ABB.

With the start of battery production, MAN Truck & Bus also expects to strengthen its position in the Traton Group as a “competence partner for electromobility”.