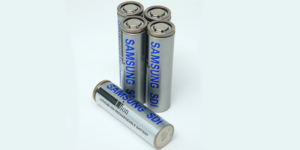 Samsung SDI has started building its second battery cell factory in Malaysia. The new factory in Seremban is to start series production of cylindrical cells in 2024 – later probably also in the 4680 format.

However, the start of production is planned for 2024 in the 21700 format (21 mm diameter, 70 mm length). The round cells will be offered under the PRiMX brand. As reported, Samsung SDI is also planning to start mass production of 4680-format cells in Seremban in the future. The pilot line for the large-volume round cells is currently being built in South Korea, but series production will take place in Seremban, according to the Korean portal The Elec, which is usually well informed on battery technology.

According to the announcement of the ground-breaking ceremony for the second plant, the additional capacity is intended to meet the recently increased demand for cylindrical batteries. The cells from Plant 2 are not only used in BEVs, the round cells can also be used in power tools or micromobility. Specifically, Samsung SDI states that the global market for the cylindrical cells is expected to grow from 10.17 billion cells this year to up to 15.11 billion cells in 2027.

In addition to the 4680 cells, Samsung SDI is also developing shorter cells with the same diameter for other car manufacturers. According to reports, BMW, for example, is a potential customer for such 4640 or 4660 cells for the electric cars of the New Class. It is not known whether these cell formats will later also be built in Seremban.

The South Korean company has been active through their subsidiary Samsung SDI Energy Malaysia (SDIEM) since 1991. Batteries have been produced there since 2012. “Today’s groundbreaking ceremony serves as a starting point to realise our vision of becoming a top-tier global company by 2030,” said Samsung SDI CEO Yoonho Choi. “With the successful completion and early stabilisation of Plant 2, we will make SDIEM the centre of the global battery industry.”

At the end of May, Samsung SDI had also reached an agreement with the Stellantis Group to set up a joint battery plant in Kokomo in the US state of Indiana, which will supply PriMX-brand battery cells and modules for a range of cars manufactured at Stellantis’ North American assembly plants from the first quarter of 2025.