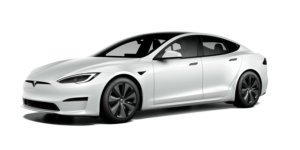 Tesla has confirmed the relaunch of the Model S and Model X in Europe, which will initially be limited to the Plaid versions. Orders for the Plaid versions are being accepted now, with the first deliveries announced for November or December 2022.

The Model S Plaid, which was introduced during the ‘refresh’ of the two large model series in early 2021, is now expected to cost at least 137,990 euros in Europe. The Model X Plaid is listed in the Tesla configurator for at least 140,990 euros. In both cases, the vehicles are painted white with the smaller rims in each case (Model S: 19 inches, Model X: 20 inches). Other paint finishes cost between 1,800 and 2,200 euros extra, the two-inch larger rims cost 4,900 or 5,900 euros more.

In the interior, the standard finish is black, the white or cream options cost 2,400 euros. In the case of the Model X, it is worth mentioning that the German configurator currently only lists the version with six seats. As with the Model 3/Y, the prices for the two Autopilot options ‘Enhanced Autopilot’ and ‘Full Potential for Autonomous Driving’ cost 3,800 and 7,500 euros more respectively.

Unlike the Model 3/Y, the predicted delivery time does not change when ordering the base model or optional extras – the display remains at “December 2022 – February 2023”. Further versions of the revised Model S and Model X are to follow next year.

Tesla had started the first deliveries to US customers in June (Model S) and October (Model X) after the aforementioned unveiling of the revised versions of the Model S and Model X. However, this delivery start was bumpy and there were still delays.

For Europe, the market launch of the refresh premium models had already been delayed several times. Originally, their delivery was supposed to start in September 2021, but subsequently, the date in the online configurator was postponed several times. In October 2021, there was a further postponement to “end of 2022”. At the time, the Model S Plaid still cost 126,990 euros, the Model X Plaid was even slightly cheaper than the Model S at 116,990 euros.

In December 2021, it was announced that Tesla would not accept any further orders from Europe for its two large model series. Until the change that has now been made in the configurator, no EU prices for the two models were mentioned there.

BMW plans electric sedan and SUV for the ‘Neue Klasse’