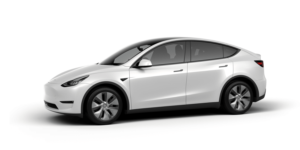 Tesla has received EU type approval for a new variant of the Model Y with battery cells from the Chinese manufacturer BYD. The drive version is significantly lower than the previously offered Model Y Long Range and Performance.

Only the day before it was reported that Tesla will install blade batteries from BYD in Grünheide and not in Shanghai, as previously assumed. One day later, the first new details are emerging in form of documents on the EU-type approval of the new model. In the documents, the new Model Y is referred to as Type 005 and internally as the Y7CR variant. The capacity of its BYD battery is put at 55 kWh, the range at 440 kilometres. According to the EU approval, this is a structural battery pack.

When a manufacturer receives EU-type approval, it does not necessarily mean that the market launch of this model is imminent. It is merely a prerequisite for the sale of these vehicles, which manufacturers can also have issued pro forma. Last summer, Tesla had already registered a rear-wheel drive version with a smaller battery with the EU and had it approved. CATL was named as the battery supplier, with a capacity of 60 kWh for 455 kilometres.

With the BYD batteries, capacity and range thus decrease somewhat, but the vehicle weight drops by 66 to 2,087 kilograms – probably also because of the structural battery pack, since weight can be saved elsewhere thanks to the load-bearing component. As a result, consumption in the combined cycle also drops slightly to 15.5 kWh/100km.

Why Tesla will soon offer battery packs whose values are even lower than the CATL batteries filed a year ago is not clear from the documents. This suggests that the advantages are mainly related to the costs – the characteristics for the customer are almost the same with 15 kilometres difference in the standard range. However, if the BYD batteries are significantly cheaper to purchase or easier to process in the vehicle factory, it may pay off for Tesla.