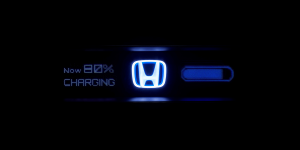 Honda has entered into a strategic partnership with the Japanese trading company Hanwa to ensure stable procurement of battery materials required for its longer-term electric offensive. The agreement centres around nickel, cobalt and lithium in particular.

In a concise statement, Honda says that Hanwa, as a large trading company, has strengths in resource procurement. At the same time, the carmaker emphasises that it will continue to rely on various suppliers “to ensure a stable supply of necessary resources”.

As reported, Honda wants to launch 30 electric models worldwide by 2030 and achieve a sales volume of more than two million electric cars per year with these. From 2040 onwards, only battery-electric and fuel cell vehicles will be sold under the Honda label.

The Japanese company had specified the details of their electric plans in spring. Over the next ten years, Honda will invest around five trillion yen (the equivalent of about €36.5 bn) in electrification and software technologies and wants to use the budget to reshape its portfolio – away from the one-off hardware sales business to the recurring business with software. In other words, Honda intends to continue to earn money with the software over the useful life of the (e-)car – either with additional functions that can be added later or subscription fees for certain services.

The company focuses its sales targets on three new, purely electric vehicle platforms. The first of these is to debut as early as 2024. An electric model based on a new “large” platform will follow in North America in 2026. Then there is the recently announced new global platform together with General Motors intended for affordable electric vehicles. This platform is scheduled for launch in 2027.