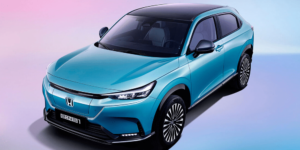 Honda is raising the curtain on a Japanese-Chinese procurement initiative: The company plans to set up a joint venture in China with its Chinese partners Dongfeng and GAC at the end of this month. The goal is to bundle purchases of electric vehicle batteries from CATL.

Honda will hold 50 per cent of the joint venture, with Dongfeng and GAC each holding 25 per cent, according to an accompanying statement. The formation is expected to be completed by the end of September. The trio has agreed on China’s capital Beijing as the headquarters of the company, to be called HDG Beijing Trading Service (Chinese title: Zhongrui Beijing Trade Service). Katsushi Inoue will be appointed as the head of the company.

Honda maintains the Dongfeng Honda and GAC Honda joint ventures with the two aforementioned automakers in China. Currently, these receive their batteries separately from CATL. With the new joint venture, battery procurement is now to be centralized. At the same time, Honda China is deepening its cooperation with the Chinese battery manufacturer on a broad basis. To this end, both sides have recently drawn up a memorandum of understanding. Details on quantities and prices are not known. Honda merely states that it wants to “establish a long-term, stable supply relationship for batteries.” There is also to be cooperation in production and battery recycling at the CATL plant under construction in Yichun in Jiangxi province.

The two companies already know each other well: an initial comprehensive battery cooperation agreement dates back to mid-2020, when Honda and Chinese battery makers partnered to develop batteries, discuss recycling and second-life approaches, and explore a distribution system. The Japanese automaker also acquired a one per cent stake in CATL at that time.

A secure supply of batteries is essential for Honda insofar as the Japanese company, together with their Chinese partners, launched an electrification offensive in China last autumn under the new e:N brand. As the first representative of the new series, the e:NS1 from Dongfeng Honda celebrated its premiere in China at the end of April 2022. This was followed in June by the market launch of GAC Honda’s e:NP1. In principle, Honda plans to launch ten e-models on the market by 2027 via its joint ventures with GAC and Dongfeng. With this in mind, several new plants are currently being ramped up in the country – including in Guangzhou and Wuhan.

According to earlier information, the e:NP1 and e:NS1 duo is still based on the HR-V combustion engine model. Honda itself speaks of an all-electric vehicle architecture “e:N Architecture F” – which is not out of the question, as it could be a purely electric further development of the HR-V’s platform. Honda’s other announced e:N models in China are then to use an architecture “developed exclusively for electric vehicles.” The e:N models are not to come to Europe.

Honda itself is focusing its electrification plans on three new all-electric vehicle platforms. The first of these is to debut as early as 2024. An electric model based on a new “large” platform will follow in North America in 2026. Then there is the new global platform announced in the spring together with General Motors – this is intended for affordable electric vehicles. This base is scheduled to launch in 2027.

Just yesterday, Honda announced it had also entered into a strategic partnership with Japanese retailer Hanwa with an eye toward a more stable battery supply. The intention of the deal is to ensure a steady supply of battery materials in the medium to long term. In particular, this involves nickel, cobalt and lithium.

As reported, Honda wants to launch 30 electric models on the market worldwide by 2030 and achieve a sales volume of more than two million electric cars per year with these. From 2040, only battery-electric and fuel cell vehicles are to be sold under the Honda label.

With reporting by Cora Werwitze, France.