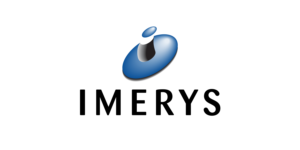 The French mining group Imerys wants to become one of the leading suppliers of lithium in Europe through a new project. Specifically, this involves a mine at the Beauvoir site in the French department of Allier, where around 34,000 tonnes of lithium could be mined annually from 2028.

Imerys is currently still involved in technical studies with regard to the site in the French Massif Central. The company emphasises that the “Emili” project could become one of the largest lithium mining projects in the European Union. When fully operational, the raw material should be enough to equip 700,000 electric vehicles with lithium-ion batteries annually.

Ten lithium mining projects are currently considered promising in the EU. The French Emili project would rank second after Rio Tinto’s ‘Jadar’ project in Serbia, according to a report in the French newspaper Sud-Ouest. This is behind the Upper Rhine Graben project of the German-Australian lithium producer Vulcan Energy Resources.

According to Imerys, kaolin has been extracted for ceramic production at the Beauvoir site since the late 19th century. As early as the 1960s, the Bureau de Recherches Géologiques et Minières (BRGM) had also identified lithium deposits in the subsoil. But Imerys – a specialist in ceramic products and operator of the existing mine site – claims not to have known about its content until recently. According to the current state of studies, the concentration is said to be 0.9 to 1 per cent – that means you have to mine almost 100 tonnes of rock to get one tonne of lithium.

In “Sud-Ouest”, Alessandro Dazza, CEO of Imerys, is quoted as saying that the deposit is estimated at about one million tonnes of lithium oxide, which is “much more than the BRGM had originally assumed”. At the time, the state institute assumed 320,000 tonnes. In the official communication, Imerys speaks of a mining span of at least 25 years. But this is a conservative estimate. “We will continue the studies to see if we can extend the operation to 30 or 35 years,” Dazza said, according to the newspaper.

The French government supports the project: “This project, which is exemplary in terms of environment and climate, will drastically reduce our need for lithium imports,” French Economy Minister Bruno Le Maire is quoted as saying in the paper.

In the long term, lithium mining in the Auvergne-Rhône-Alpes region could create 1,000 direct and indirect jobs at two sites, according to the official figures: Firstly, in the mine itself at a depth of 75 to 350 metres, and secondly, in a plant for purifying the minerals and converting the raw material into lithium hydroxide, which is to be located less than 100 kilometres from the mine. The company assumes development and construction costs of about 1 billion euros, but emphasises that this is a preliminary estimate based on the current state of the study. The production costs for the lithium extracted at Beauvoir are estimated at 7 to 9 euros per kilogram, which Imerys considers competitive – “especially on the European market”.

As for the timetable, the following is ready to be said: after completing a laboratory phase and an industrial pilot phase, the French want to start production and commercialisation within five years – and in accordance with the IRMA standard, which is considered the benchmark for responsible mining. Among other things, the company plans to use underground mining methods to “minimise the impact on the natural habitat”. In addition, the project design is to be “developed with the involvement of all local private and public stakeholders”.

Imerys claims to want to mine lithium with less than half the CO2 emissions of typical existing hard rock lithium operations in the world. This will be achieved by, among other things, an electric-powered mining fleet, transport by underground pipelines, trains and the use of the French electricity mix (with a high proportion of nuclear power).

Imerys is based in Paris and produces, among other things, industrial carbon black and synthetic graphite. The company has production sites in Willebroek in Belgium and Bodio in Switzerland. With the Emili lithium project, the group is striving for a strategic reorientation. In future, it wants to concentrate on special minerals with a focus on sustainable energy, it says.

“I am very excited by the potential of our lithium project and very proud of the work done by the teams over the last 18 months to develop it. Upon successful completion, the Emili project would provide a sustainable, competitive, domestic source of lithium supply for French and European carmakers and would make a major contribution to meeting the challenges of the energy transition,” said Alessandro Dazza, CEO of Imerys, adding: “Throughout the process, Imerys will engage with all stakeholders, from local communities to policymakers, in a spirit of openness and transparency. This project can be a real game changer for Imerys.”