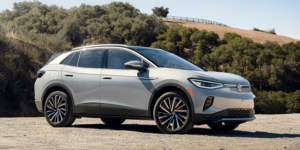 VW currently delivers its electric models of the ID. series without the optional heat pump. The reason for this is the continuing shortage of semiconductors, as the manufacturer confirmed to our editorial team.

“Due to the ongoing shortage of semiconductors, there is currently no optional offer for the heat pump in our ID. Models. We are monitoring this situation very closely and hope to be able to include the heat pump in our range again soon,” Volkswagen responded when asked by electrive.

The background to our enquiry were reports from Canada, according to which the Audi Q4 e-tron and the VW ID.4 will be delivered there without a heat pump until further notice. The local representatives of both brands had informed customers by email that their vehicle would soon be delivered without the ordered heat pump.

Now it is clear: the defect exists worldwide and affects not only the ID.4, but all ID. models from VW. We have also asked Audi, but have not yet received an answer. In its online configurator, Audi (like VW, by the way) only points out in general terms that “due to global supply bottlenecks” there may be “significantly longer delivery times for some model variants and for certain optional extras”. The heat pump is not explicitly mentioned. The heat pump can no longer be selected in the Wolfsburg carmaker’s German configurator.

It is not yet known how Volkswagen will deal with customers who already ordered a vehicle with a heat pump. The manufacturer has not yet responded to a further enquiry as to whether there will be compensation or a credit note.

According to earlier reports, VW sources the heat pump modules for the ID.3 and ID.4 from the British company TI Fluid Systems (TIFS). TIFS assembles a heat pump module for Volkswagen that includes the electronic valves, battery, bracket and radiator with associated high-pressure aluminium piping. Specifically, the components are supplied from TI Fluid Systems’ Jablonec plant in the Czech Republic.

The fact that both the ID.4 and the Q4 e-tron are affected for Canadian customers indicates the dimension of the semiconductor shortage – because it is not just the supply of one plant that is affected. The Q4 e-tron is built in Zwickau for world markets, but VW now manufactures the ID.4 for North America at its US plant in Chattanooga, Tennessee.

The Canadian reports say that ID.4 customers there will be issued a final bill adjusted for the extra cost of the heat pump – they will then either have to do without the heat pump or not take delivery of the vehicle. The situation is somewhat different for the affected Audi customers in Canada: Since the heat pump in the Q4 e-tron is not optional there, but actually part of the standard equipment, they will receive a corresponding credit note.

The heat pump technology in electric cars has the function of heating and cooling the interior. CO2 is used as the refrigerant. Under certain conditions, the heat pump can operate with increased efficiency, thereby increasing the battery’s range. The assembly of the thermal coolant lines consists of various materials, including lightweight engineering polymers.