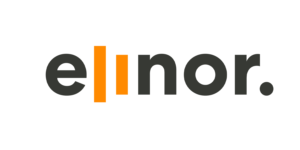 The Norwegian investment company Valinor founded Elinor Batteries with plans to build a gigawatt-scale factory for LFP batteries in central Norway. The cells are to be purposed for stationary storage for EV charging and marine applications, among other things.

Marine applications such as for ships or charging for ships and stationary storage at charging stations require high charging powers that would strain the local power grid without separate buffer storage. This is where Elinor Batteries wants to come in and meet the growing demand for sustainable batteries. LFP batteries also do not depend on nickel and cobalt resources.

The Orkland plant will be developed in three modules to limit financial and technological risks. The first module should be completed for production to begin in 2026, with three modules in operation by 2030. Although Valinor has now financed the initial phase of the project, it wants to bring further investors on board in the long term, for which a financing round is planned in the course of 2023.

Elinor Batteries will be led by Terje Andersen, who already has experience in setting up a battery project in Norway: Andersen was previously CEO at Morrow Batteries, which is known to be planning to build a 32 GWh factory in Arendal in southern Norway.

“There are no other places in the world more suitable for producing sustainable batteries than Central Norway,” Andersen now says in his new role, explaining that the area offers extensive access to Europe’s cheapest renewable energy. In addition, Trondheim, known as Norway’s technology capital, is only about 30 minutes away, which Elinor hopes will provide good access to R&D resources and skilled labour.

Elinor Batteries will be supported in the construction of the factory by the independent Norwegian research organisation SINTEF for which a corresponding memorandum of understanding has been signed. The agreement covers technological aspects across the battery production value chain, including production technology, infrastructure, management, economics and societal elements.

Andersen explained that the agreement enables Elinor Batteries to start producing A-samples this spring. “The A-samples are crucial to be qualified as a supplier in an industry that has long been dominated by Asian suppliers,” added the CEO.

CEO of SINTEF, Alexandra Bech Gjørv, explained, “Through a common European road map, work is now being done to develop a generation of batteries that will be safer, withstand faster charging and last longer.” She added that “The battery production will be more sustainable and cost-effective because the raw materials will travel shorter distances. These are fundamental changes in how batteries are produced and used, and this provides new opportunities.”

GM to switch from pouch to round battery cells