EU electric quota this year? The EU commission is about to introduce EV sales quota among a new set of rules to reduce CO2 emissions from transport, sources around EU Energy Commissioner’s Maroš Šefčovič’s cabinet table said. New proposals could be introduced before the year’s end and while no details have been given yet, it is at least likely the EU will take China’s spirit as an example. There, the announcement of an 8-percent sales quota had both the industry and policy makers on alert and ultimately showed some effect early on.
energate-messenger.de (in German) 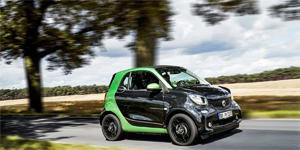 Smart in Germany solely electrified? Daimler wants to offer its next-gen Smart as ED version only, Manager Magazin has learnt. Due by 2020 or 2021, the conventional Smarts would prove a burden to the carmaker’s CO2 balance in Germany. In the States however, the shift towards all-electric power is about to be made this September already.
manager-magazin.de (in German)

Two more I.D. models: It looks like Volkswagen may launch five rather than three electric models sharing the MEB platform between 2019 and 2022, a photo suggests. Beside the well-known I.D., I.D. Cross and I.D. Buzz, the picture of unclear origin shows the introduction of two further models called I.D. Lounge und I.D. Aero. The latter shall target the market in China and the States.
groen7.nl via carscoops.com, motor1.com

Tesla confirms talks with China: The EV maker and Shanghai are negotiating about a production plant Tesla would like to erect in an industrial area next by. Nothing is fixed yet, despite recent media reports, and Tesla said details about its China production plans will not be published before the year’s end.
electrek.co

Hyundai Ioniq PHEV pricing: The Ioniq exists in three versions with the latest line-up extension being the PHEV that German dealers offer from 26,615 euros including the federal incentive. The Ioniq PHEV can drive electrically for about 63 km.
auto-medienportal.net, motorzeitung.de (in German)

Kangoo Z.E. reaches wider: After having presented the new Kangoo Z.E., Renault publishes further details about its wide-reaching model. Its heart is a 44 kW electric motor and a 33 kWh battery that increases the car’s range from 170 to 270 km (NEFZ). Also new is the AC charger with 7 instead of 3.7 kW.
electriccarsreport.com, greencarcongress.com, media.renault.com