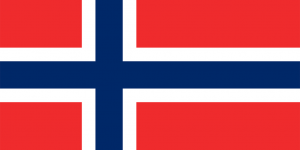 March marks yet another record month in Norwegian plug-in sales as the country registers a total of 8,034 electric cars and plug-in hybrids. PEVs thus took a marketshare of 55.8 percent, with most of them being all-electric, pointing at yet another record.

5,362 units of all plug-ins sold in Norway in March were all-electric cars, thus gaining a 37 percent marketshare. Bestselling among them was the Nissan Leaf, that booked 2,172 new registrations in a single month – almost three times more (+335%) than previous (record) months.

This means the Leaf held a 15% market share in March and remains on top of the list of Norway’s favourite EVs. Tesla follows after with 727 Model X and 676 Model S having rolled into garages of Norwegians this March. Next up were the BMW i3 with 528 units sold, while Renault managed to sell 347 Zoe EVs.

Smart is going all-electric in Europe too