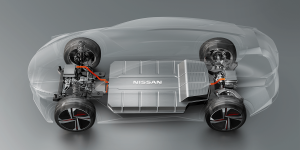 The alliance partners Renault, Nissan and Mitsubishi are planning to set up an electric vehicle platform for medium sized EVs – particularly SUVs. The plan is to sell two million vehicles by 2025 based on the platform.

The manufacturers expect to reduce their development costs of the EVs by 20 to 30 percent by cooperating on the platform. The French-Japanese alliance was also considering jointly developing platforms for other EVs in future too, said the report.

Lead by the most sold EV in the world – the Nissan Leaf, the corporate group sold around 91,000 electrified vehicles in 2017. That marks an eleven percent increase from the year before. In total, the trio has managed to sell around 540,000 EVs since their inception. By 2022 the companies plan to add another twelve new electric vehicle models, which we expect the platform to play a central role in.

At the same time, Renault-Nissan-Mitsubishi is also considering getting more seriously involved in solid state batteries. As Renault’s EV boss Gilles Normand confirmed, there have been making “very good progress” and plan to bring the technology to the market by 2030, if not by 2025. In total, the three companies plan to invest up to 1 billion dollars in startups over the next five years for the development of new technology.

In March, headlines about a potential complete merger between Renault and Nissan had made the rounds. Bloomberg reported an unnamed source had confirmed that the goal had been to create a new, unified company which would be better capable of dealing with the challenges of the automotive industry, as well as being large enough to take a more powerful role in the industry. Official reports regarding the discussion have been notably quiet however. The two companies have been working together since 1999 and are connected quite closely through a large project network.