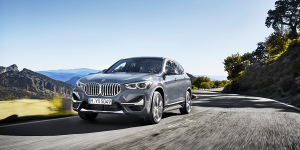 The BMW Group and Jaguar Land Rover are joining forces to develop the next generation of electric drives. It will apparently be some time before the parts jointly developed in Munich can be used in production cars.

Jaguar Land Rover and BMW want to work together on technologies related to electric mobility and also establish joint purchasing in this area. As yet, the two companies have not disclosed how much potential they aim to leverage in terms of savings.

However, the technical basis of the cooperation is already clear: in 2020 BMW will introduce the fifth generation (Gen 5) of its electric drives in the iX3. According to the announcement, the Gen 5 drive unit is the system on which “subsequent evolutions launched together with Jaguar Land Rover will be based”. In other words, it is not until after the next vehicle generation that the engines will be on the road.

The development work will be carried out with a “joint team of experts” in Munich. According to BMW, the electric drives will be manufactured separately at the respective company locations. Both companies will make sure that their respective brand-specific cores are maintained.


“We see collaboration as a key for success, also in the field of electrification,” said Klaus Fröhlich, BMW Board Member for Development. “With Jaguar Land Rover, we found a partner whose requirements for the future generation of electric drive units significantly match ours”. Together they have the opportunity to shorten development times and bring vehicles and technologies to market faster.

The relationship between the two brands has not always been so harmonious. Land Rover belonged to the BMW Group from 1994 to 2000 via its then parent company Rover. However, the investment mainly brought the Munich-based company losses – but also the Mini brand. Jaguar Land Rover is said to have been rebuffed by BMW in 2013 with a cooperation request – at that time for internal combustion engines.

As a fully electric car, BMW currently only offers the i3, which was introduced in 2013. The core model series are currently being supplemented with plug-in drives, and new electric cars will not be available until next year with the iX3 and i4. Jaguar Land Rover has been offering the I-Pace as a battery electric vehicle since 2018. However, the British also offer the Range Rover and Range Rover Sport series as PHEVs.