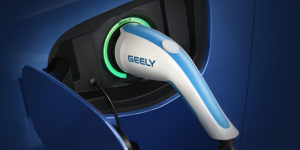 LG Chem and Geely are forming a joint venture in China for the production of electric car batteries. The plan is to establish a factory that will have an annual production capacity of 10 GWh by the end of 2021 to supply batteries for Geely electric vehicles.

The South Korean battery giant and China’s largest car manufacturer are each investing $94 million USD in the project. From 2022, Geely’s electric cars will be equipped with energy storage units from the joint venture. While reports all talk of ‘batteries’,  it seems clear that the planned factory is a plant for battery cells.

In China, currently only electric cars with batteries from local production are eligible for government subsidies – ie. not with South Korean batteries. However, recently the government announced it will be phasing out all electric car subsidies while removing limits on number plates allocated to EVs – both of which will considerably open the market, not just for joint ventures with Chinese companies, but also for foreign companies like Tesla who now have a more even playing field. Additionally promoting a more competitive environment, the government has introduced tighter restrictions on startups to reduce the investment and subsidy bubble.

The agreement between the two companies is not exclusive. In January this year, Geely already set up a joint venture with the battery cell producer CATL in China to, among other things, help promote the transition of China’s automotive industry from the low-end to the mid and high-end segment of the global automotive value chain. The Chinese carmaker says that by 2020 around 90 per cent of its sales will come from electric cars. It was only in April that Geely presented the first model of its electric car brand Geometry. In addition, Geely is Daimler’s partner in the restart of Smart, which is to be run from China. LG Chem says that it also intends to enter into further joint ventures with other global car manufacturers.

Will Tesla make own batteries with Maxwell tech?