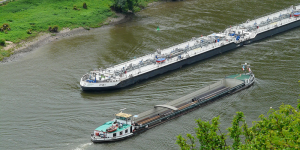 The H2SHIPS project aims to demonstrate the technical and economic feasibility of hydrogen refuelling systems and propulsion systems in shipping and to identify the conditions for a successful market entry of hydrogen technology.

Two H2SHIPS pilot projects are being developed: In the Netherlands, a hydrogen-powered port and inland waterway vessel is being built, while in Belgium a hydrogen refuelling system suitable for offshore operation is being developed and tested.

Later, the project partners will also develop an action plan on the best way to implement hydrogen solutions on the Seine in Paris. Also in the planning pipeline is a concept for hydrogen-based transport systems in North-West Europe, including the breadth of the hydrogen value chain.

This will support relevant authorities, shipbuilders and operators in their transition to hydrogen-based technologies and services as well as cooperation between research and industry. The project has a budget of 6.3 million euros. The official starting signal for the H2SHIPS project, which runs until July 2022, will be given on 27 August with a kick-off event in Oostende, Belgium. In the long term, there should be a total of 58 hydrogen-powered ships in the project region by 2032.

Due to the routes given by the location of the ports and by canals and rivers in inland navigation, setting up an infrastructure for hydrogen in shipping is somewhat easier than finding a suitable location for an H2 filling station for fuel cell cars in a city or along motorways. A further advantage is that synergies could be created in ports – for example, transport trucks that also refuel with hydrogen, or nearby industry that is dependent on gas since gas infrastructure can also be used to deliver hydrogen.